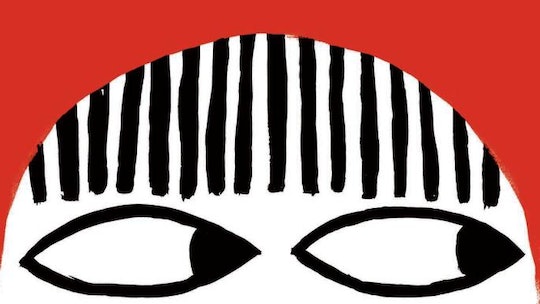 My daughter likes things a certain way. She likes her sandwiches breadless. She likes her superheroes villainous. She likes her bedtime acrimonious — this due almost entirely to my attempts to sing lullabies to her. I’m not sure if it’s my voice or just her taste, but my girl hates every song that’s not Baa Baa Black Sheep, the alphabet song, or else features robots in some way.

Eventually, we abandoned songs entirely and made the switch to stories. I tried to make up new ones every night (I am a writer after all), but I burned out after just a week. My exhausted brain grasped for any simple story I knew well and landed on the obvious: fairytales. From Goldilocks & The Three Bears to Rapunzel to Jack and the Beanstalk to Snow White, I thought I had night time covered.

But I soon discovered a problem: fairytales are awful. From naïve damsels needing to be saved by men and evil haggish women to totally incomprehensible morality lessons, the fairytales I grew up leave much to be desired.

But, like millions of children before her, Mabel has fallen head over glass-slippered heels in love with these stories. She loves the pigs and the bears, and the big, bad wolves. She loves the towers, and the forests, and the magic. Her favorite fable by far is Little Red Riding hood, a simple tale of a young girl who is tricked a predatory wolf and then devoured, only to be saved by a convenient woodsman with an axe.

Mabel being Mabel though, she wouldn’t let me off the hook, demanding the story again and again, my will to go on shrinking every time. Then on a trip to the library she noticed a picture book staring her red-hooded heroine and demanded we take it home. Fully accepting that I would now never escape from this story, I reluctantly agreed.

And I’m so glad I did, because that book was Little Red by Bethan Woollvin and it flips the script on this heinous fairytale, turning it into a feminist masterpiece.

Woollvin’s Little Red follows the exact beats of the classic tale, starting with the mom inexplicably asking her young daughter to take a basket of cakes to her sick granny in the woods. Soon, she meets a wolf of the big, bad variety:

“Where are you going?” he growled. Which might have scared some little girls. But not this little girl.

Despite the lack of fear, Little Red does give up her destination to the wolf setting the whole “eating grandma alive” thing in motion. R.I.P Granny. Next the wolf does his wackado thing of dressing up Granny’s clothes and laying in her bed. Down the path comes Little Red who peeks in the window and… IMMEDIATELY RECOGNIZES THE WOLF. BECAUSE OF COURSE SHE DOES. That's obviously not granny. It’s a wolf. In a dress.

Which might have scared some little girls. But not this little girl. She made a plan and went inside.

“Hello, Grandma,” Little Red said and, though she wasn’t fooled for a minute, she played along with the wolf's disguise.

And look at the expression on her face while she’s playing the wolf for the fool he is.

Look, fairytales and fables endure for a reason. There is drama and beauty and excitement and adventure and awesome magic. Books like Little Red prove that rewriting the protagonist to think for herself doesn’t ruin the source material. In fact, it can make the story so, so much better. So much better in fact that I don’t mind telling it 4,000 more times.

Which, if I know Mabel, will be getting off easy.