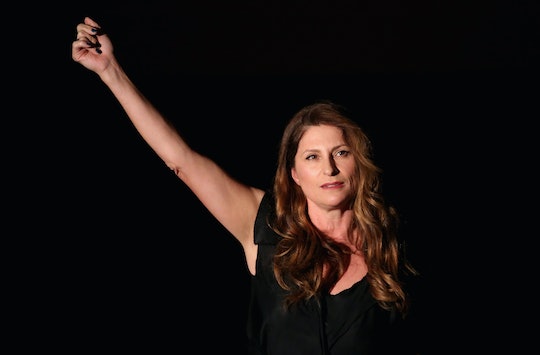 No Songs In The Live Action 'Mulan'? No Problem

For whatever reason, live-action remakes of classic movies are seeing a massive rise in popularity recently. From Disney's reimagining of The Jungle Book, to the recent blockbuster, Beauty and the Beast, movies that recapture that decades-old creativity and magic with today's modern technology are taking over our box offices. However, Disney's latest upcoming remake project has set the internet ablaze this weekend. According to Moviephone, the live action Mulan movie won't feature any songs, and news of that information has people shook.

During a recent interview, director Niki Caro explained, "From what I understand, [there are] no songs right now, much to the horror of my children." Instead, the film will take on a more serious undertone, painting itself as "a big, girly martial arts epic," according to Caro. And while that sounds all nice and good, the thought of losing such classics as "Reflection" and "I'll Make A Man Out Of You" is a little heartbreaking, to be honest.

Obviously, the movie will surely make up for the absence of music with some badass fight scenes, (it has to, right?), but that doesn't mean you're not allowed to grieve the loss of so many banging hits. And you're not alone in that thought process. Twitter has been on fire recently with reactions to the news, and these responses will not disappoint:

Of course, Caro goes on to say that the film will be "extremely muscular and thrilling and entertaining and moving," so that's definitely a silver lining to this otherwise unfortunate news. But, still, while Disney's Beauty and the Beast remake changed several plot elements, it kept all of the signature hit songs. In fact, the new movie starring Emma Watson actually added a new song into the mix.

So, what's with this concept of a non-musical Mulan?

Well, there may actually be some merit in omitting the music from the remake. Mulan is arguably one of Disney's most feminist (original) princesses. Although she does end up with her prince, Mulan literally saves the emperor of China, and the entire country along with him. So, perhaps, moving the film away from musical status is a strategic move to depict a stronger, more independent hero.

Whatever happens, though, the new film is sure to be an important movie for little girls (and everyone, really) to see. The fact that a girl has the power to overtake an entire enemy army? Pretty dang empowering.

In fact, in a separate interview, Caro described the upcoming film to be "[an] incredible, muscular piece of girly martial arts extravaganza in China." So, really, songs or no songs, the new Mulan is sure to kick all kinds of ass.