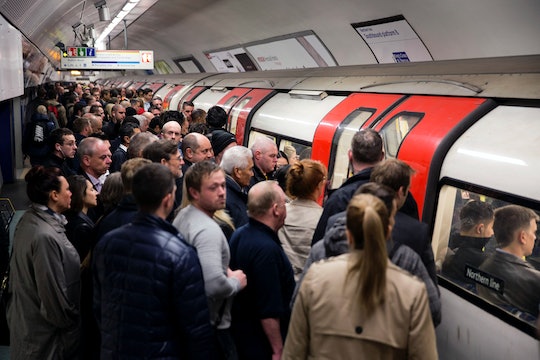 After a week that entailed two bomb scares in the city, a three people were stabbed in a London subway station Saturday. Metropolitan police at the Leytonstone subway station in East London Saturday quickly subdued the assailant with a Taser and placed him into custody. The male assailant's identity has not yet been released, but the Metropolitan police's counter-terrorism force is now investigating the incident as a terrorist event.

Witnesses on the scene said that the assailant invoked Syria before stabbing three individuals, claiming he said "This is for Syria" and "all of your blood will be spilled." One victim had serious injuries including a deep stab wound to the neck but is expected to survive while two other victims had only minor injuries. A graphic video of the London attack (warning: blood) taken by East London hip hop artist Big Tobz showed a semi-chaotic scene in the subway station as police moved to clear the scene, with a large pool of blood in the middle of the platform.

This latest terror attack in London comes just four days after two separate bomb scares across London caused evacuations: one threat near BBC headquarters and the other just across from the London Bridge subway station. This latest terror attack also comes just days after 14 people were shot and killed at a San Bernardino developmental disability resource center in California, a shooting that is also being investigated as a terrorist attack.