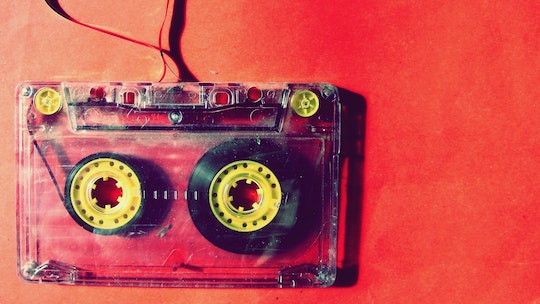 "Lordy, I Hope There Are Tapes” Tweets Are The Best

On Thursday, ousted FBI Director James Comey appeared before the Senate Intelligence Committee to publicly discuss his interactions with President Trump in the days and weeks leading up to his surprise termination. After a member of the committee referenced that the president had publicly implied he recorded his Oval Office meetings with the FBI director at the time, Comey commented in the most amazing way possible: "Lordy, I hope there are tapes." Tweets have immortalized this phrase for all time, thereby cementing #ComeyDay into pop culture eternity — and they are awesome.

After The New York Times leaked the story about Comey's detailed memos of his meetings with Trump, the president tweeted, "James Comey better hope that there are no 'tapes' of our conversations before he starts leaking to the press!" Comey acknowledged to the congressional committee that he had seen the president's tweets, before spouting out what is now The Best Catchphrase of 2017. Twitter, naturally, lit up over the normally stone cold G-man's sudden glimmer of down-to-earth candor. From reaction gifs to calls for t-shirts, "Lordy, I hope there are tapes" memes are bound to flood your social media feeds for at least the rest of the day Thursday; its longevity remains to be seen. Until then, here are some of the best.

Don't worry, Chris: "Lordy, I hope there are tapes" t-shirts are happening.

There are plenty of folks on Twitter who agree with Comey about those tapes, too.

Of course, there's no reaction on Twitter like a gif reaction, and there are so, so many right now. There have been exceptionally proper uses of the Whitney Houston receipts meme, as well as the Colbert eating popcorn gif — standard Twitter meme reaction fare.

But the more you scroll through the "Lordy, I hope there are tapes" Twitter search, the better the gifs get.

Now, beyond obligatory t-shirts, here are some other predictions about what's in store for the legacy of "Lordy, I hope there are tapes."

Other comedians and celebs reacted to "Lordy, I hope there are tapes" on Twitter as well.

And of course Twitter comes full circle, bringing covfefe to all the fun.

Now, all kidding aside: We need to acknowledge the gravity of what Comey's "Lordy, I hope there are tapes" comment actually implies — that a career intelligence professional genuinely hopes that the sitting President of the United States has pulled a play right out of President Richard Nixon's "Watergate" playbook.

To quote another meme: Is this real life?