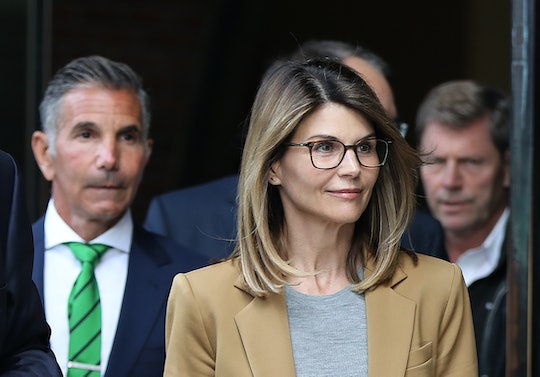 After previously pleading not guilty and filing a motion to dismiss the charges against them, former Full House actor Lori Loughlin and her husband agreed to plead guilty to conspiracy charges pertaining to a college admissions scandal, the US Attorney's Office in the District of Massachusetts announced Thursday.

"Under the plea agreements filed today, these defendants will serve prison terms reflecting their respective roles in a conspiracy to corrupt the college admissions process and which are consistent with prior sentences in this case," US Attorney Andrew E. Lelling said in a statement released Thursday. "We will continue to pursue accountability for undermining the integrity of college admissions."

In 2019, Loughlin and Giannulli were among a number of parents charged with scheming, cheating, and in some cases paying bribes, to boost their children's college admission chances. Loughlin and Giannulli specifically were accused of paying $500,000 in bribes in an attempt to pass their daughters off as elite crew athletes and secure them admission to the University of Southern California.

"Good news my daughter ... is in (U)SC... bad is I had to work the system," Giannulli allegedly wrote in an email to his accountant, according to CNN. Officials at the University of Southern California later told the news outlet that both of Loughlin and Giannulli's daughters were no longer enrolled at the college.

While the details of Loughlin's plea deal, which must be approved by a judge, will see the actor serve a two-month prison sentence, she wouldn't be he first actor to serve time in connection with the college admissions scandal. In October 2019, NBC News reported Desperate Housewives alum Felicity Huffman spent 11 days behind bars at a federal prison in Dublin, California, after being sentenced to two weeks in prison.

Loughlin and Giannulli are scheduled to plead guilty before a judge on Friday.