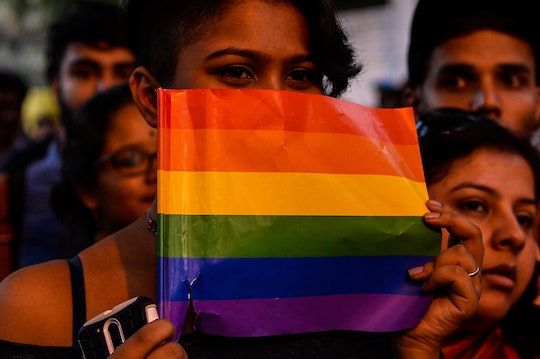 On Wednesday, in a disappointing moment for protection against discrimination in the state, a Louisiana judge overthrew a protective LGBTQ executive order, claiming Governor John Bel Edwards' order was "an unlawful usurp of the constitutional authority." The executive order was meant to protect the rights of LGBT state government employees, banning discrimination based on gender identity or sexual orientation. Judge Todd Hernandez's decision quickly drew criticism from human rights organizations, who called the ruling a "setback with serious consequences for LGBTQ state employees."

Alongside its protections for LGBTQ employees, Edwards' order also aimed to protect state employees from discrimination based on religion, race, disability, and age (although the order did provide an exemption from the order for religious organizations and churches). According to ABC News, however, Hernandez ruled that the executive order was unconstitutional, since it attempted to create or expand on state laws.

Edwards expressed disappointment in the judge's ruling. "With great respect for the role of the Louisiana legislature, we continue to believe that discrimination is not a Louisiana value and that we are best served as a state when employment decisions are based solely on an individual’s qualifications and job performance," he said in a statement, according to Reuters. He plans to appeal Hernandez's ruling.

At least one person celebrated the ruling, however: Republican Attorney General Jeff Landry opposed Edwards' executive order from its very inception, and he filed the lawsuit that led to Hernandez's ruling. "John Bel Edwards took it upon himself to replace the people's will with his own," he said in a statement on Wednesday, according to ABC. "Fortunately for the families and businesses in our state, the court ruled today that the governor's executive fiat will not fly in Louisiana."

The Human Rights Campaign, however, sided with Edwards. In a statement, HRC Legal Director Sarah Warbelow criticized Hernandez's ruling and said, "No one should face unfair and unjust discrimination simply because of who they are or whom they love. Upon appeal, we are hopeful that justice will ultimately prevail and these important non-discrimination protections will be restored."

The Forum for Equality expressed similar sentiments, with Executive Director Sarah Jane Brady saying, "It is important at this time to be able to send a message to all people and businesses that Louisiana is moving forward and standing on the right side of history."

Until the government of Louisiana recognizes and protects the rights of all of its citizens, however, eschewing discrimination in the state will apparently remain an individual choice, rather than enforced law. Here's to hoping that an appeal will help guarantee human rights for everyone in Louisiana, regardless of their background or sexual orientation.