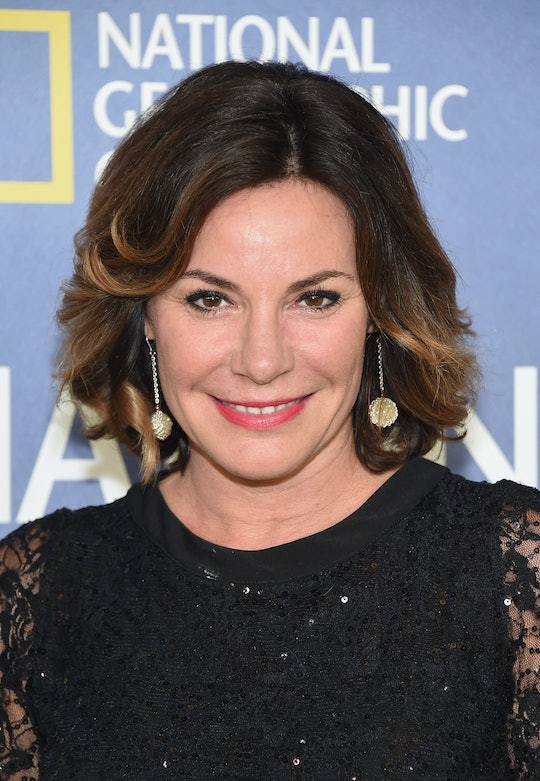 Though the news of Luann de Lesseps' divorce from husband Tom D'Agostino may have initially come as a surprise because they were only married for seven months, it wasn't that much of a surprise. The issues in their relationship had come up more than once on The Real Housewives of New York, though Luann had not spoken about the breakup since announcing it on Twitter. But now there is a new clip of the interview with Andy Cohen where Luann de Lesseps discusses her divorce from Tom D'Agostino for the first time, and the reason behind it won't surprise fans too much.

The reunion episodes of RHONY aired after news of the divorce was made public, but they were filmed beforehand so Luann didn't shed any light on what was going on with her and Tom. She hinted at problems between them but still seemed dedicated to making the marriage work. In the clip of her upcoming interview with Cohen, she revealed what she called the "final straw" that pushed her towards the decision to divorce.

"It was the weekend before the reunion, basically," Luann said. "Tom went out and he called up an old girlfriend, and they met up with a group of people — and I didn't know about it. I found out about it the next day in the press. So that, for me, was like the final straw. I was like, 'I can't do this anymore.'"

The special, called the Watch What Happens Live One-On-One with Luann de Lesseps, will air on Sept. 6 on Bravo, just a week after Part 3 of the RHONY reunion. Luann promises to delve into nearly every question fans are sure to have about her relationship with Tom, especially since it was a recurring topic of conversation throughout Season 9 of RHONY. Luann always seemed to defend Tom despite the concerns of the other women and the rumors flying in the press, so the interview with Cohen will likely be elucidatory.

In the clip, Cohen also brings up a question that has been raised a few times, both during the reunion and on other episodes of Watch What Happens Live: the time Luann allegedly slapped Tom during dinner at Le Bilbouquet. Luann continues to deny doing so, instead saying she merely grabbed Tom's face to get his attention when she was upset. If that line of inquiry is anything to go by, Cohen and Luann will be going through every headline-grabbing moment of her relationship with Tom to see if her perspective has changed since the divorce.

For fans curious about how Luann is handling things, this interview may be the one to watch for an answer.