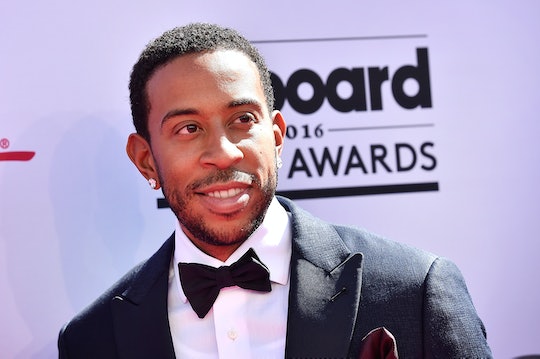 Talk about a burn. Much to the simultaneous delight and dismay of the audience (and probably the show-runners themselves), host Ludacris took shots at the 2o16 Academy Award's race problem during his Billboard Music Awards opening monologue on Sunday. Ludacris's Oscars joke touched on this year's #OscarsSoWhite campaign in a painfully truthful way.

"The Billboards are like the Oscars of music," the Atlanta rapper joked. "Except, unlike the Oscars, we actually have black nominees this year."

When the 2016 Oscar nominees were announced in February, it didn’t take long for the public to realize only white actors and actresses filled out the top acting categories (Best Actress, Best Actor, Best Supporting Actor and Best Supporting Actress). For the second year in a row, actors of color were excluded from the prestigious list, sparking Internet outrage and the resurgence of social media hashtag #OscarsSoWhite. The Oscars became more about who couldn’t win a statue rather than who would, prompting important conversations about the lack of diversity in Hollywood. A few filmmakers and celebrities, like Spike Lee and Jada Pinkett Smith, even boycotted the event; countless others — George Clooney, Don Cheadle, and Ava DuVernay, to name a few — publicly called for greater representation in front of and behind the camera.

Ludacris' joke poked fun at the #OscarsSoWhite problem while drawing attention to the difference between diversity in the film and music industries. While the music industry certainly has problems with diversity, they are, in some ways, not anywhere as bad as the film industry's issues. There are people of color in all four top solo artist categories at this year's Billboard Music Awards (Top Artist, Top New Artist, Top Male Artist, and Top Female Artist).

Social media reactions to the Oscar's race problem were justifiably angry, which makes Ludacris' comments all the more hysterically cathartic and the Internet was totally there for the shade. Here are some of the best reactions to Ludacris's BBMA #OscarsSoWhite joke (so far):

True, some did take issue with Luda calling the Billboard Music Awards the "Oscars of music," which, I assume, would be a title held by the Grammys.

Simile issues aside, it's awesome for Ludacris, as a host of a televised awards show, to stand up and call out the Academy Awards for their lack of diversity. By joking about #OscarsSoWhite at the Billboard Music Awards, Luda is keeping the issue of representation in film at the forefront of public discourse.