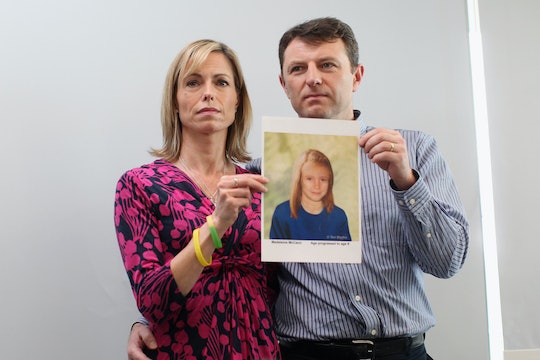 Madeleine McCann Reddit Theories That Attempt To Explain Her Disappearance

Redditors tend to have a fascination with cold cases, as evidenced by the website's popular "Unsolved Mysteries" forum. As for a case that's frequently discussed? Look no further than the May 2007 disappearance of Madeleine McCann. As expected, there are several Madeleine McCann Reddit theories that attempt to explain her disappearance.

Three-year-old Madeleine McCann disappeared one day while on vacation with her family in Algarve, Portugal almost 12 years ago. Horrifically, neither investigators nor armchair detectives on Reddit have been able to understand what happened to the little girl. Netflix’s new docuseries, The Disappearance of Madeleine McCann, has brought the case back to the spotlight, but it doesn’t answer all the questions people have either.

The series itself has been met with mixed reviews, with Telegraph calling the series “bloated and exploitative.” And McCann’s parents, Kate and Gerry McCann, have denounced the docuseries, according to a report by Inside Edition. The couple reportedly worried that the series could hurt the investigation, which is still ongoing.

However, fans of true crime have not stopped theorizing about what could have happened. At the time of the tragedy, suspicion immediately fell on Madeleine’s parents, but they were cleared by Portuguese authorities in 2008. Other theories abound, but it is important to note that nothing has been definitively proven by the actual investigators.

Another theory that many on Reddit have discussed is that Madeleine was kidnapped in a black market “adoption” ring. "I don't know much about that (and don't intend to find out) but I hope that could mean she was adopted by loving parents,” one Redditor commented. I don’t know much about black market adoption rings either, but it doesn’t seem likely given the high-profile nature of Madeleine’s case.

Another horrific and regularly touted theory centers around the idea that Madeleine was sold into a child sex-trafficking ring, as was mentioned in the series itself. “The value that Madeleine had was really high," private investigator, Julian Peribanez, said in the Netflix documentary, The Disappearance of Madeleine McCann, according to People. "If they took her it’s because they were going to get a lot of money.”

Additionally, "witnesses claimed to have seen suspicious characters around the resort in the days before her disappearance, who could have been acting as spotters, searching for a child that fitted the requirements," The Telegraph reported.

A less discussed theory suggests that a burglar broke into the McCann's apartment, and that Madeleine woke up during the incident. "It is typical for burglars, etc, to keep an eye on holiday villas & flats as they are relatively soft & lucrative targets," one person argued.

As of April 2017, authorities haven't ruled the burglary gone wrong theory out, according to HuffPost. Then again, it’s possible that Madeleine simply wandered off on her own, as some Redditors seem to think.

In the end, nobody has all the answers and these theories remain conjectures. It is important to remember that there is a real, live family behind this mystery living with the loss of their daughter every single day. As far as Kate and Gerry McCann are concerned, Madeleine is still out there — and they have made it very clear they will never, ever stop looking for her.

Editor’s Note: The original version of this article did not meet Romper’s editorial standards and has since been updated.