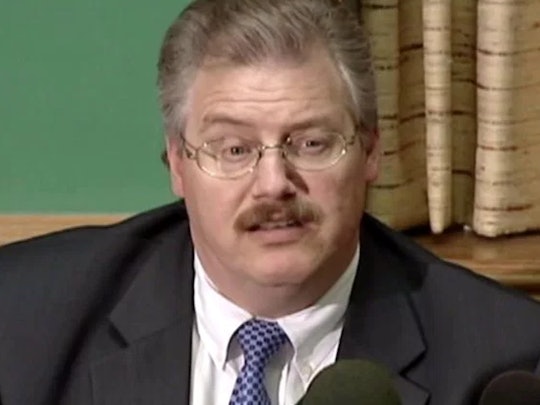 It seems like everyone has an opinion on Netflix’s Making a Murderer. And while Manitowoc County cops have taken a ton of flack in light of the hit show, one person who is really feeling the wrath of the internet is Ken Kratz, the lead prosecutor of Steven Avery’s 2005 trial in the murder of Teresa Halbach. On Tuesday, the docudrama's main villain finally responded to the all the hate coming his way. In a recent interview with Gothamist, Ken Kratz spoke out about Making a Murderer and admitted that the series made him look bad, but he maintained his actions were justified because he sought a conviction for Avery.

“I was a d*ck,” Kratz told comedian Jena Friedman in the sit-down interview, according to Us Weekly. The only way to describe the eight-minute interview filmed last week is bizarre. It started out with Friedman reading hate messages that called Kratz “a piece of sh*t” and accused him of having low self-esteem. Manitowoc County’s former district attorney then explained why some of his behavior depicted in Making a Murderer was par for the course:

Some of that was bravado that was necessary for the presentation of the case, but some of that was me. I think it’s important that people understand that I’m not that person anymore. 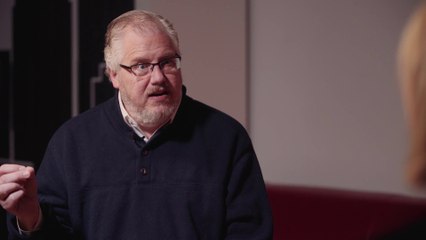 When Friedman asked him if there was anything he wished he could have done differently, Kratz mentioned a 2006 press conference for Avery’s nephew Brendan Dassey (who was also convicted for the 2005 murder of Teresa Halbach). Instead of reading the criminal complaint at the public event, Kratz said he wished he had just released the documents instead. While he doesn’t divulge why that was a regrettable moment, People reported in December that Kratz said the conference was a misstep because it affected a possible plea bargain that had been lined up for Dassey and would've shortened his sentence. (Yes, cue Making a Murderer fans losing it, collectively.)

Kratz also kind of responded to allegations that responding officers tampered with evidence and unfairly influenced the Avery case. Before answering the question, he mentioned that the rhetoric has gone from "Avery is unequivocally innocent" to "Avery may be guilty, but misconduct occurred." Specifically, he combatted the theory that Avery’s blood was planted, explaining that a nurse had mistakenly put a hole in a tube used to take the sample. But when pressed on who this nurse was, Kratz said that he forgot the nurse’s name and she’s dead.

But all is not lost, as even Kratz said some positive things came from Making a Murderer. For one, he’s no longer a district attorney but a defense attorney. So, he knows how it feels to be on the other side of the situation. But he said his main takeaway after watching the show is one thing: he hopes his on-screen persona isn't affecting whether fans believe that Avery’s is guilty of Halbach's murder.