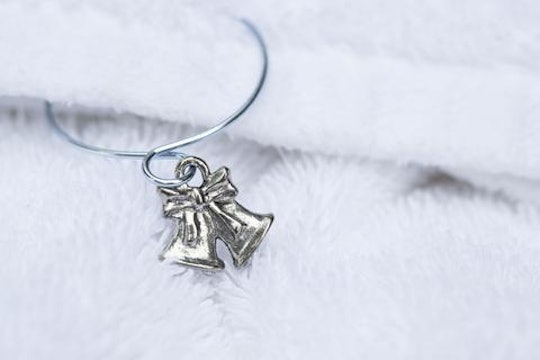 Making Fun Of Karen Pence's Towel Charms Is Unfair, Even If You Think They're Frivolous

Once presumptive Republican presidential nominee Donald Trump announced Indiana Gov. Mike Pence would be his official running mate, Pence and his family were thrust directly into the national spotlight. Everyone was, and continues to be, understandably curious about Pence, the man who could potentially become Vice President of the United States and who could have a major influence on an unpredictable POTUS like Trump. But his wife, Karen, and their children have also been placed under the media microscope. It didn't take long for the fact that Karen Pence runs her own business selling "towel charms" (literally, little charms you attach to bath and beach towels) to draw the attention of social media, with many people making fun of a product that seems at-best pretty unnecessary, and at worst, a sign that she is totally out of touch with the way most people live. But, regardless of your political leanings, making fun of Karen Pence's towel charms is unfair, and honestly, kind of a cheap shot.

The bulk of information the world has been given about Mike Pence so far naturally focuses on his political career and policies, and his record hasn't been without some major controversy and problematic viewpoints. According to the Indianapolis Star, Pence is a born-again evangelical Christian who is staunchly anti-abortion and anti-gay marriage, an in 2015, he signed the Religious Freedom Restoration Act, which many argue is explicitly discriminatory to LBGTQ people. He also led the attempt in Congress to defund Planned Parenthood in 2011. And given the important role he could play in the country's next administration, it's pretty important that this stuff is discussed and debated openly.

It's probably not a stretch to assume that the Pences knew they'd be grilled and scrutinized for these things, and that the public would want to know about Mike Pence the husband and father as much as about Mike Pence the politician. But what the family may not have been expecting was the backlash and ridicule directed towards Karen Pence over her business, "That's My Towel!" Charm, Inc.

Karen has since announced that she has put her business "on hold" in light of her husband's VP run, and has shuttered her company's website and restricted its social media presence. But not before the internet got in plenty of good digs at her expense:

In all fairness, it's an easy target. At first, it's not even clear what the purpose of a towel charm is (note: it's to help identify your towel so they don't get mix up, similar to the concept of wine glass charms), and it's probably not a stretch to say that "towel mixups" aren't high on most people's lists of problems that need fixing. But regardless, there are a few things to keep in mind. Karen Pence is not a politician. She is not influencing policy, and, as far as we know so far, she hasn't done anything either in her business or personal life that was hurtful or hugely scandalous, or worthy of mass derision. So far, what we know about Karen Pence is that, well, she's a wife, mother, and the owner of a small online business. Like countless other American women.

Sure, it can be argued that she might share the same concerning viewpoints her husband's policies are based on, but she hasn't spoken about that either way, and to grill her for them would be speculative and unfair. If she decides to speak openly as the potential Second Lady, then her comments are open to be debated. But why are we so quick to judge her for her business idea? Would we prefer it if she instead opted to stay home and bake cookies, or host garden parties? If she had continued as an elementary teacher, a career she had for 25 years, would we like her better? Is a woman who sells towel charms — or any other "female-centric" Etsy-esque product — less of a businesswoman than someone employed in a more traditional role?

I'm not a fan of Trump/Pence 2016, and that's not going to change anytime soon. I'm also unlikely to ever shill out $6 for a towel charm (or anything more than $0, really). But Karen Pence hasn't spoken out about wanting to build a wall to keep out Mexicans, or about wanting to close the country's borders to Muslims. She hasn't made fun of a disabled journalist, and she also hasn't spewed off sexist commentary in virtually every direction. So far, she's just tried to sell some towel charms on the internet. Can't we give the woman a break?