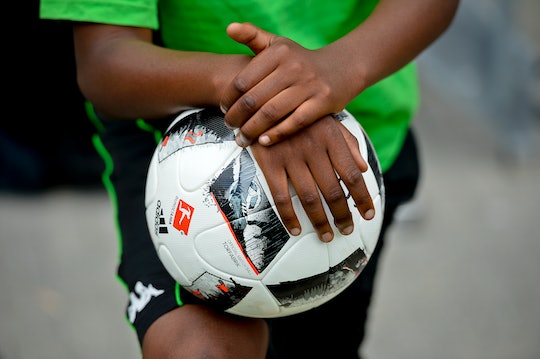 Many Parents Use Outdated Tips To Handle Kids’ Concussions, & Could Be Making Them Worse

A study from UCLA Health revealed that many parents use outdated advice to handle kids’ concussions, and could be making them worse. Almost 500,000 kids a year visit the emergency room, according to the CDC, yet the actual number of kids and teenagers who suffer concussions is much higher — anywhere between 1.1 and 1.9 million.

Dr. Christoper Giza, a pediatric neurologist and director of the UCLA Steve Tisch BrainSPORT Program, told USA Today that while in the past, parents "downplayed" the significance of concussions, today many are going "too far" in the other direction, and that could be causing complications in their child's recovery.

UCLA Health surveyed 569 parents nationwide how they would take care of a child whose concussion symptoms lasted for more than a week. Over three-quarters of the parents surveyed said they would wake their child up throughout the night to check on them. Giza advises that parents interrupting their children's sleep is not a good idea.

Additionally, 84 percent of parents surveyed said they would make their children refrain from any physical activity. While refraining from playing sports or performing activities that could result in injury is advised, light physical activities such as walking the dog can be helpful, Giza told USA Today:

Being active can help children improve their mood, take their mind off their symptoms and restore a sense of normalcy.

The majority of parents also said they would restrict their kid's social media use while their concussion symptoms were present. But the UCLA Health study demonstrates that social isolation can lead to other problems like depression, anxiety and changes in appetite.

Giza said parents shouldn't go overboard in restricting their child's activity by referencing a study in which two groups of children affected by concussions were given different treatments: one group was told to rest for a few days and then ease back into a normal schedule, the other group was assigned five days of isolation and complete rest. Giza said, according to a UCLA press release:

Not surprisingly, the group that was told to stay home, avoid screen time and to only report their symptoms, actually reported more symptoms.

And while parents may be overly concerned about their kid's physical activities, their mental activities may matter more, according to Nationwide Children's Hospital. Parents should ensure their child is put on a "mental rest" because continued activity when symptoms are moderate to severe can prevent the brain from healing. Parents should talk to their child's teachers and make appropriate changes — from taking a medically necessary absence from school, to asking for their child to have extra time when taking tests.

As Giza said to CBS New York, “Getting proper advice about how to manage your activity early on reduces the likelihood by 15 to 20 percent of whether or not you develop post-concussion syndrome.”