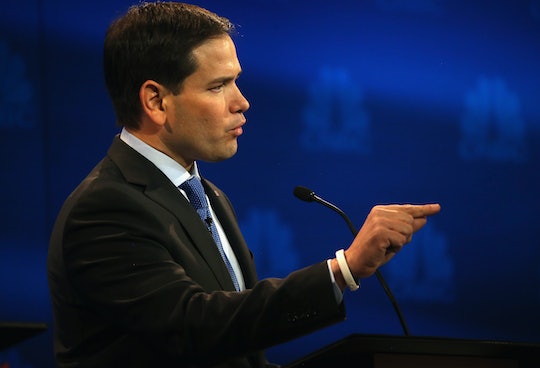 Marco Rubio started off tonight's fourth Fox Business/Wall Street Journal GOP debate by questioning the stigma surrounding vocational education with a controversial comment about welders and philosophers. He essentially called for more welders and fewer philosophers, because if anyone knows anything about anything, they know that philosophers and people with educations are the root of all that is evil and bad for the United States of America.

In his call for more vocational training and blue collar workers, he cites level of income as the reason why people need to weld instead of read. "Welders make more money than philosophers," Rubio proclaimed, basically telling everyone that whatever they decide to do, they need to do it for the cash.

And of course, the internet doesn't disappoint. Twitter was all abuzz with Rubio's welder obsession, sending wonderful gems of witty goodness in 140 characters or less. Some were hilarious, some were semi-serious, while others just caught that moment in time, so we can replay his philosopher-hating rhetoric over and over and over again.