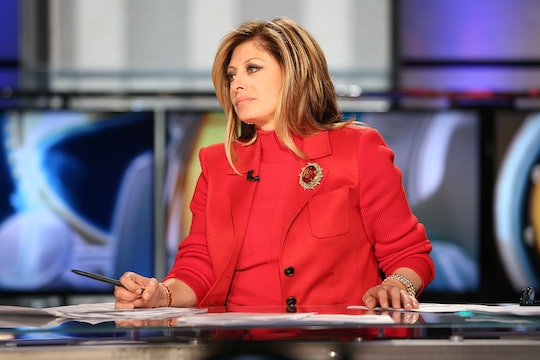 Maria Bartiromo Booed For Calling Hillary Clinton's Resume "Impressive,” & This Is Why The GOP Can’t Have Nice Things

Maria Bartiromo is bold and unafraid, but nothing showcased that better than her ability to go toe-to-toe with the GOP candidates during the fourth Presidential political debate. Pushing buttons and challenging egos, Maria Bartiromo was booed for referencing Hillary Clinton's impressive resume bwhen challenging Donald Trump. Needless to say, the crowd didn't love it.

Truthfully, Hillary Clinton does have more experience than most people on the Republican debate stage. Whether you consider yourself conservative or liberal, there's no denying that her resume is strong, especially compared to some of the political rookies challenging her.

The two leading candidates for the Republican party have never run for anything. Anything. Ben Carson is no doubt a brilliant surgeon, and Donald Trump, though his companies have filed bankruptcy a hand full of times, is funding his campaign at his own expense. They've obviously got their own respective areas of expertise but neither of them have the political stamina of Clinton.

The crowd's reaction to Maria Bartiromo's Clinton reference is just one more notch in the belt of our country's division. These debates are meant to educate voters on the policies and the beliefs of candidates, yet many don't care to hear what the opposing side has to say; proving that we are still far from a "united" state.