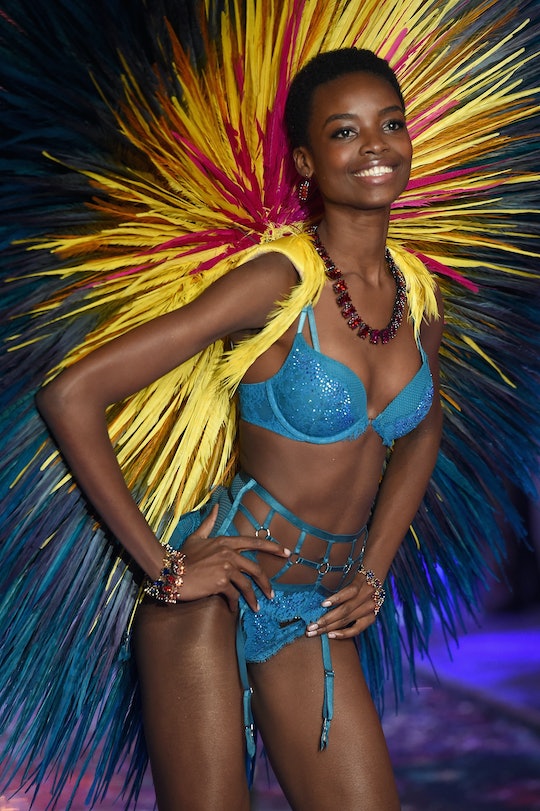 Victoria’s Secret held their annual fashion show Tuesday night, and there was one model who didn’t look like all the others. Standing out from the rest of the models walking the catwalk was Angolan model Maria Borges, who wore her hair natural, and looked utterly flawless. At a show where all the other models, regardless of ethnicity, tend to wear the same long, beachy waves, Borges was a welcome change of pace. And honestly, the seemingly simple fashion choice couldn't help but conjure up a lot of feelings for many watching. Because in a country where black girls are threatened with expulsion from school and kicked off cheerleading squads for not assimilating to white culture by chemically treating their natural hair, this is a big deal. Black women also often face discrimination at work for wearing natural hair, where it’s considered “unprofessional.”

Considering the lack of diversity in the modeling world, it's a pretty big step forward to see it working its way right into the legendary Victoria's Secret show. And according to Borges, VS was all for it. As Borges told Essence this week, “I told my agent I wanted to walk in the Victoria’s Secret show with my natural hair. I was nervous, but I had to do it. When they said ‘yes’ I didn’t expect it, but I was so happy!” Kudos to Victoria's Secret for not whitewashing Borges, and letting her real beauty shine through amidst a sea of Barbies. And congratulations to Borges for having the courage to be her own beautiful self! Take a look at some other Black celebs who rock gorgeous natural hair: