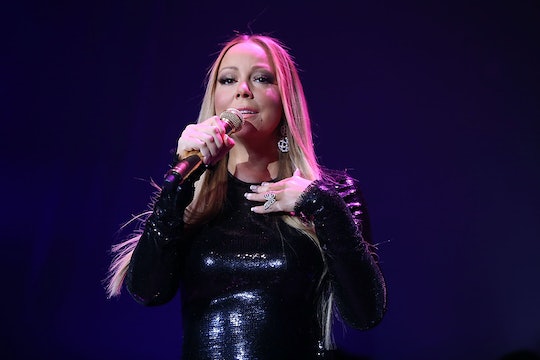 Mariah Carey Is Engaged To James Packer, & Here's Everything We Know So Far

Well, look who's having another vision of love? (I'm not sorry.) Mariah Carey is engaged to James Packer, an Australian billionaire whom she has been dating for less than a year. Carey's rep confirmed to Us Weekly that her now-fiancé recently popped the question while the couple were in New York City. Carey, 45, was previously married to Nick Cannon for six years before splitting in 2014 and subsequently divorcing. The two have four-year-old twins together, Moroccan and Monroe. 48-year-old Packer also has three kids.

As Carey told Steve Harvey back in November 2015, the two first met "...in Aspen ... at the Hercules premiere. We were talking and laughing and people were getting mad at us and stuff like that. So we hit it off."

After meeting and becoming friends back in 2014, Carey and Packer spent 2015 falling in love and — as you do when you're in love and have endless money — traveling everywhere. No, everywhere, you guys. It's not a bummer to be them lately.

If this guy is down to accompany Mariah Carey to a butterfly farm, he clearly gets her a very real and significant level. My early assessment of the pair: Made for each other. I mean, she's Mariah Carey (so, a pristine goddess who is perfect and timeless and wonderful and glittery forever) and he's got enough money to buy her a 35-carat diamond. These people clearly belong together. You can't fight gravity, folks.

Carey is getting ready to finish out the third leg of her residency at Caesar's Palace in Las Vegas before heading out on a world tour (which, sadly, doesn't appear to include any U.S. dates after she departs Vegas, although we'll probably be able to see her engagement ring all the way from Europe, so it's all good).