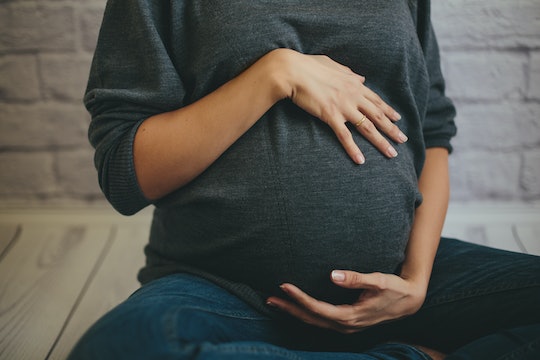 New Research Finds Marijuana Use During Pregnancy Continues To Rise

Although most people are probably aware of the dangers of drinking alcohol while pregnant, the same threshold has not been reached yet with regards to marijuana use. A new study shows that marijuana use during pregnancy continues to rise among moms-to-be in the United States. In fact, the numbers indicate that use has more than doubled between the years 2002 and 2017.

The new research was published in the Journal of the American Medical Association and analyzed data from the National Survey on Drug Use and Health, according to CNN. To get to their findings, researchers looked at information from 4,400 pregnant women and 133,900 non-pregnant women aged 12 to 44. Questions asked related to past-month marijuana use, the number of days it was used, and whether it was used daily or near-daily. Researchers defined that as more than 20 days per month.

The most recent research also looked at the way doctors were prescribing the use of marijuana during pregnancy and found that they typically aren’t. Beginning with 2013, study participants were asked if the marijuana use was recommended by a health care practitioner and only 0.5 percent of overall use was under a physician’s guidance, according to the study.

And that might be because doctors are following the recommendations of the American Academy of Pediatrics (AAP) and American College of Obstetrics and Gynecology (ACOG) to discontinue marijuana use during pregnancy. In 2017, the ACOG issued a statement with its recommendations, saying that "obstetrician–gynecologists should be discouraged from prescribing or suggesting the use of marijuana for medicinal purposes during preconception, pregnancy, and lactation."

The statement continued, "Pregnant women or women contemplating pregnancy should be encouraged to discontinue use of marijuana for medicinal purposes in favor of an alternative therapy for which there are better pregnancy-specific safety data." The ACOG also stated that women who report using marijuana during pregnancy "should be counseled about concerns regarding potential adverse health consequences of continued use."

While more research needs to be done to fully understand the potential health consequences, according to the AAP, Tetrahydrocannabinol (THC) — the main active ingredient of cannabis — has been found to cross the placenta and can be responsible for things like low birth-weight, admission to the NICU, and preterm birth.

"Less is known about what happens once marijuana gets in a baby’s system," the AAP said in a report published in 2018. “But the studies that do exist consistently suggest links between prenatal exposure and possible neurodevelopmental effects." Those effects could include things like attention and impulse control, concentration and problem-solving, according to the AAP.

In regards to the newest research, Dr. Nora Volkow, director of the National Institute on Drug Abuse and one of the authors of the study, told the Associated Press "it's better to err on the side of caution" because "we don't know exactly how harmful [marijuana use during pregnancy] is" and it's "not worth the risk."

This new research seems to suggest that more studies and awareness are certainly needed on the subject. The knowledge that does exist, however, can help inform expectant mothers and health care professionals of the potential risks associated with marijuana use.