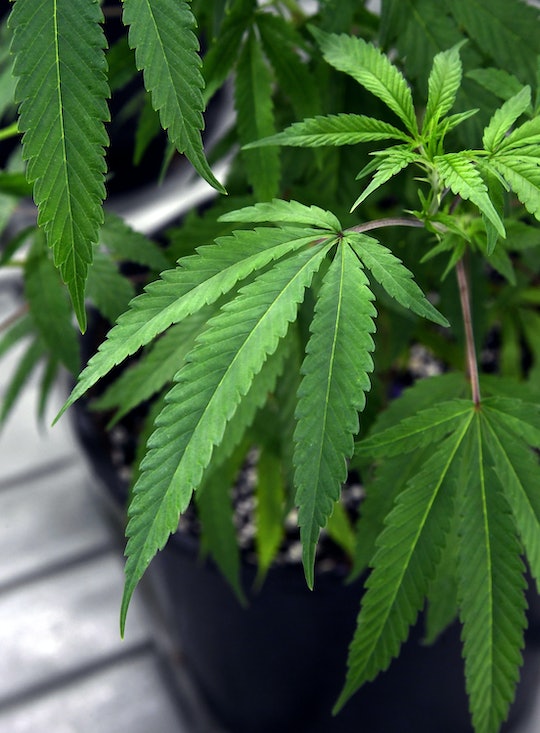 Use Of Marijuana Among Pregnant Women Is Rising, According To A New Study

It’s been widely proven that what a woman does during pregnancy will affect a growing baby. Women forgo hair color and painting, caffeine and alcohol, and even give away beloved pet cats. But one thing that it might seem obvious to avoid is actually becoming more popular, according to research. Marijuana use during pregnancy is on the rise, even as overall rates of substance use are dropping.

The report was published in the journal JAMA Pediatrics and was a result of the National Survey of Drug Use and Health. The survey queried about 12,000 pregnant women between 2002 and 2016, ranging in age from 18 to 44, according to TIME. About 3,500 women were in their first trimester. Results showed that smoking weed rose in popularity from 3 percent to almost 5 percent over the years, TIME reported.

During that same period, alcohol use dropped one percentage point from 11 to 10 percent, and cigarette use dropped from 13 to 12 percent, according to JAMA Pediatrics.

The Centers for Disease Control and Prevention said that the reason to abstain from pot during pregnancy is relatively simple: The chemicals in marijuana, in particular THC, pass through a mom’s body to the baby and can harm fetal development. NPR reported that "perhaps 10 percent" of THC is passed on to the fetus. Some studies show that things like low birth weight can result, according to the CDC. Additionally, the smoke from marijuana is similar in composition to tobacco smoke, which can cause problems with a baby’s development.

Age does seem to be a factor in the decision to use marijuana during pregnancy, according to Forbes, as shown through another survey from Kaiser Permanente in late 2017. This study found that among pregnant women 18 to 24 years old, the incidence of pot smoking rose from about 10 percent to 19 percent from 2009 to 2016. Among women under 18 years old, use jumped from 12 percent to 21 percent, Forbes reported.

But some moms say that marijuana is the best way to treat conditions like morning sickness when it has proven stubborn against conventional treatment. Today’s Parent reported on one mom who said she found “instant relief” from her worryingly persistent vomiting within minutes of smoking weed. But women like this are often hesitant to consult with their doctors about safety, NPR reported. At a minimum, 24 states rank substance use during pregnancy as a type of child abuse, so moms may be concerned a doctor will report them to authorities, the outlet said.

There’s good reason for all the concern over marijuana use, said the American College of Obstetrics and Gynecologists. Even if a baby healthy when delivered, prenatal exposure to weed has resulted in issues in children ranging from visual-motor coordination problems, to decreased attention span and behavioral problems, to early marijuana use themselves.

Nine states have already legalized recreational marijuana use, according to Business Insider, and 64 percent of Americans are in favor of making it legal everywhere. So this isn’t an issue that’s going away anytime soon. Keep watching for the research to expand, and in the meantime, make the best choices you can for your baby.