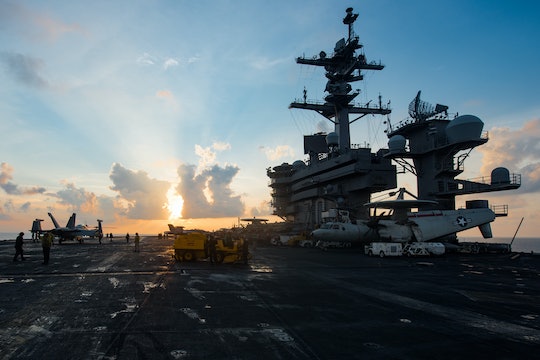 Revenge porn is now specifically banned in the U.S. Navy Regulations, a document that "outlines lawful orders" for those who are in the Navy and Marines, according to BuzzFeed. This addition explicitly bans the distribution of "intimate images" without the consent of the person in the photo. The addition also explicitly states that the distributor of these photos must have the intent to humiliate, harass, or threaten a person and have disregard for the trauma the subject could face by the distribution of the photos. "It provides commanders with another tool to maintain good order and discipline by holding sailors and Marines accountable for inappropriate conduct in the nonconsensual sharing of intimate imagery," Rear Admiral Dawn Cutler told BuzzFeed.

It's disheartening, of course, to know that this needs to be written out — people should know already to not share intimate photos of someone with others without their explicit consent to do so. Nevertheless, it's a promising start in a society that might otherwise sweep this sort of thing under the rug.