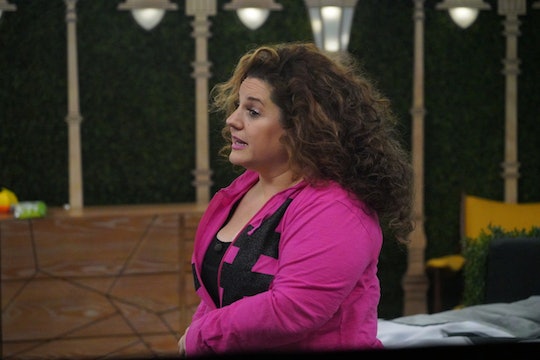 Almost a month ago, 11 celebrities walked into the Big Brother house, but only one could come out the winner. On Sunday night, Marissa won Celebrity Big Brother, becoming the first winner of the U.S. edition of the series, but many viewers were not happy about her win.

At the start of the two-hour season finale of Celebrity Big Brother, there were five houseguests remaining in the house: Omarosa, Mark, Rossa, Ariadna, and Marissa. However, after Ross was finally successful in getting Omarosa out, in the final HOH competition Marissa took the victory, guaranteeing she'd make it to the Final Two and leaving her with the choice of who to bring with her. Unsurprisingly, she chose to take her BFF in the house, Ross.

Ross and Marissa were a duo throughout the majority of the season, almost instantly becoming besties as soon as they walked through the door. Throughout the season they made decision after decision with each other, and although they'd hopped around from alliance to alliance, their allegiance to each other almost never wavered. Though Ross did make it clear in his confessional that if he won the final HOH he would've chosen Mark to go with him, knowing he wouldn't have been able to beat Marissa. He, of course, was right.

When it came down to the vote, the evicted houseguests who made up the jury just couldn't see past Ross' lies and betrayals, and it probably didn't help that he didn't really own up to any of them. So, with a 6-3 vote, the jury chose Marissa over Ross, and many fans believe the only reason Marissa won was because she was the nicer one.

Many fans took to Twitter to share their disappoint, arguing that Marissa wouldn't have even made it to Final Two if it wasn't for Ross' strategizing and skill in competitions. In truth, this was a point Marissa basically made herself when the jury asked why she felt she should win over Ross. Rather than giving a real reason, she mostly said that she had to bring Ross with her to the end because she couldn't have made it there without him and she tried her best to be a good person throughout the game.

That being said, a big part of playing Big Brother, any version of it, is to have a good social game. Although you could argue Ross played a much better game than Marissa, he failed when it came to keeping the jury happy. Ross had the opportunity to apologize for any and all lies he made during the game when the jury interrogated him and Marissa. But rather than own up to anything, he said that he didn't lie, he just didn't tell the "whole truth," something Keisha quickly pointed out was the same as lying.

So while Ross definitely came up against a bitter jury, that's just part of the game. Many great Big Brother players have lost because of poor jury management. Sure, maybe Ross lost simply because the jury didn't like him, but at the end of the day, he still lost and Marissa won fair and square. Plus, it's not like Ross is going home empty handed.

As the second place winner, he won $50,000 and it was then revealed that Ross was also chosen as America's Favorite Houseguest, which got him another $25,000. Thus, even though it's still much less than the $250,000 Marissa won, Ross should still be happy with his victories. Besides, let's be real here. They're both celebrities; they'll be fine.