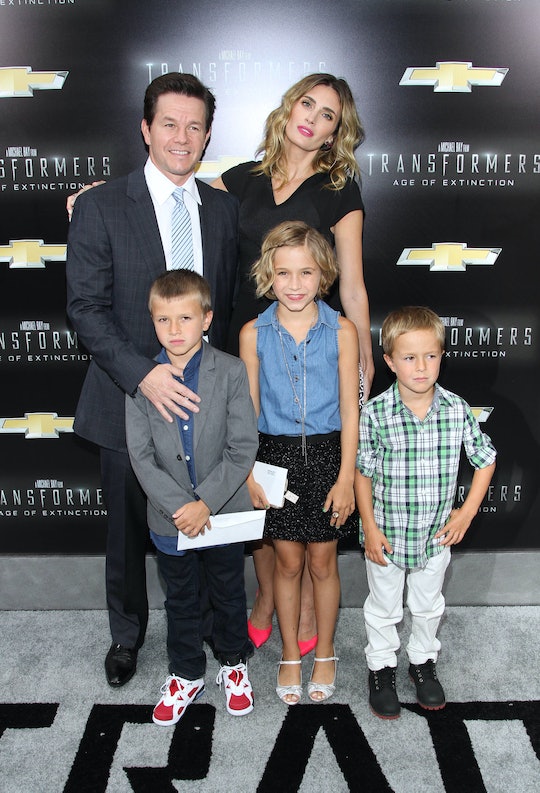 Being embarrassed by your parents is a rite of passage for teenagers, but when your dad is an A-list movie star who first came to fame as a rapper known as Marky Mark — frontman for the Funky Bunch, natch — the level of humiliation can reach epic proportions. Just ask 13-year-old Ella Wahlberg, whose father Mark Wahlberg rapped about spanking on Wednesday's podcast of The Dan Patrick Show during a promotional appearance for his upcoming movie, Deepwater Horizon. Ella might have gotten on the mic and requested her dad drop some sweet rhymes, but she quickly changed her tune when dear old Dad made reference to "giving her behind a slap."

Host Dan Patrick offered Wahlberg a commercial break to ponder some possible lyrics, but Marky Mark wasn't having it. "No, no, no, I got a rap right now," he responded, before launching into the greatest follow-up to "Good Vibrations" there ever was:

The other dudes in the room, probably fathers themselves, started clapping and chuckling, but Ella's smile quickly turned into a frown as she tried desperately to get her dad to stop.

But Marky Mark, knowing full well the expectations of a live musical performance, pressed on:

It's called a spanking / And later on in life you're gonna thank me / 'Cause all the advice that I'm giving you is good for you / And if not, your butt and behind is gonna be black and blue

"Don't cut it down," Wahlberg said. "We're giving you positive-encouragement raps. It's good information to help you behave, and then you're going to earn that phone back, girl." Apparently, being the daughter of a two-time Oscar nominee doesn't mean you're exempt from such traditional growing pains as getting grounded or losing your phone privileges, as Wahlberg explained how he recently punished Ella by taking her phone away (not via physical punishment; hopefully, that was entirely a joke). What's more, he knew this form of discipline would hit her where it hurts — he admitted as much when Ella pointed out that her brothers didn't lose their electronics when they were bad.

If I took their iPads they wouldn't care. They'd just go throw a ball or bounce their head off the wall and they'd still be happy. You live for the phone, so I got to get you where it counts, kid.

That's cold, Marky Mark. Maybe we should start calling you Vanilla Ice instead.