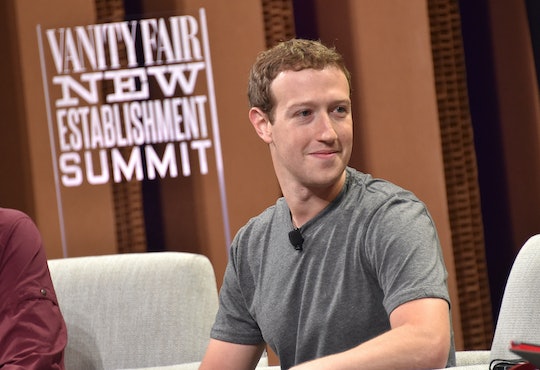 Talk about a mic drop!. Mark Zuckerberg had the perfect feminist reply to a Facebook comment Sunday, the Huffington Post reported, after announcing his personal goal for 2016. According to BBC News, Zuckerberg has decided to build an artificial intelligence assistant like "Jarvis from Iron Man" to help him around the house (pretty sure this is the definition of really freaking cool). Responding to a grandmother’s unintentionally cringeworthy and obliviously-sexist comment about how she tells her granddaughters “to date the nerd in school,” Zuckerberg took the opportunity to remind her (and everyone) that girls don’t have to date the nerd who invents amazing things — they can be the nerd.

"I keep telling my granddaughters to date the nerd in school,” the grandmother wrote, according to the Huffington Post. “[He] may turn out to be a Mark Zuckerberg! Thanks for FB, I’ve reconnected with family and old friend and classmates.”

Thankfully Zuckerberg made a point to highlight how shortsighted that kind of thinking is, reminding her that STEM is (of course) for girls, too:

Even better would be to encourage them to *be* the nerd in their school so they can be the next successful inventor!

2015 ended on a major high note for Zuckerberg: his daughter, Max, was born in December according to CNN, and he also made a huge announcement that he and his wife, Dr. Priscilla Chan, would be donating 99 percent of their Facebook shares — a whopping $45 billion, according to the New York Times — to the newly-created Chan Zuckerberg Initiative, “to further the mission of advancing human potential and promoting equality by means of philanthropic, public advocacy, and other activities for the public good” (no big deal). While he’s faced some criticism (his plan will result in some serious tax advantages, Forbes reported), it’s still a major contribution. And it sounds like 2016 will have even more amazing announcements in store (an AI assistant/butler/childhood Jetsons fantasy come true? I mean, seriously people).

Zuckerberg’s Facebook comment was an important reminder for all of us (and especially the more than 3,000 people who “liked” the grandmother’s comment, ugh) that if we can talk seriously about things like AI and real-life “Jarvis”-esque assistants, we can definitely teach girls in the U.S. that they can grow up to to be the ones creating them.