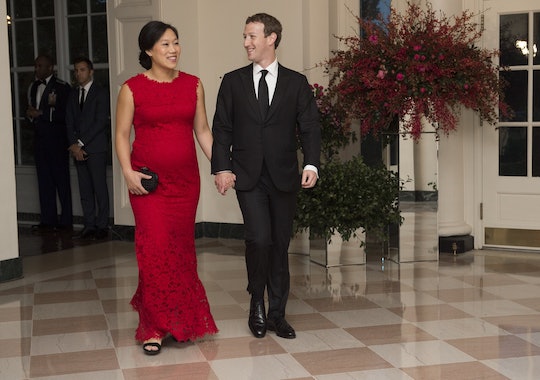 Mark Zuckerberg Will Take Two Months Of Paternity Leave, Setting A Good Example For Other Companies

Anyone who follows Mark Zuckerberg on Facebook would know that the CEO of the social media site and his wife, Priscilla Chan, are looking forward to the birth of their daughter. (Remember his adorable pregnancy photo post just two weeks ago?) And, on Friday, Zuckerberg announced he would take two months of paternity leave once the baby is born, taking advantage of his own company's friendly paternal leave policy. He posted on Facebook that:

Priscilla and I are starting to get ready for our daughter's arrival. We've also been thinking about how we're going to take time off during the first months of her life. This is a very personal decision, and I've decided to take 2 months of paternity leave when our daughter arrives.

He also added that he’s taking the time because of well, science:

Studies show that when working parents take time to be with their newborns, outcomes are better for the children and families. At Facebook we offer our U.S. employees up to 4 months of paid maternity or paternity leave which they can take throughout the year.

Facebook is one of many Silicon Valley companies that offer parental leave. And some of them give a lot more time, like Netflix. The streaming site offers parents a whole year off. Microsoft gives parents 12 weeks off and Google offers birth mothers 18 months, while Amazon increased its maternity leave to 20 weeks in the beginning of November. In all Facebook is pretty competitive.

That said, not every company offers leave that lasts as long. Yahoo CEO Marissa Mayer had everyone buzzing about time off this September when she announced that she would be taking "limited time off" and a minimum two weeks of maternity leave when her baby comes in December. Yahoo offers 16 weeks and the Internet thought she should take it — if only to set a trend for women in tech and companies to really start upping their game. But Mayer is a CEO of a major company in the middle of major deals right now with Alibaba, so maybe her decision makes sense. For her.

No matter what you think about Mayer's situation, it's nice that Zuck is taking some time for his family. At the end of the day, everyone has to do what's right for them. Haters will hate anyway.

Zuckerberg and Chan have not announced their baby's birthdate yet.