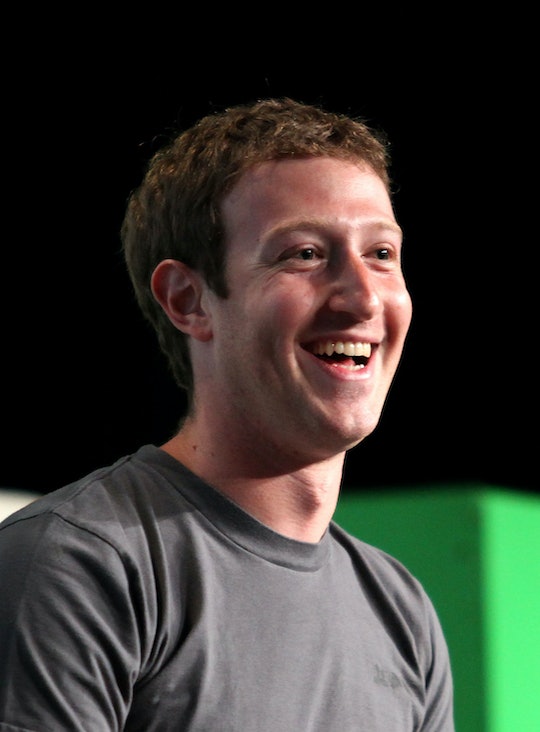 It's cuteness overload with a virtual reality view of what it's like to hang around the Zuckerberg family home. Facebook founder Mark Zukerberg's daughter Max is walking and he's letting the world experience her first steps in the most amazing, tech-forward way. In a video Zuckerberg posted to Facebook, viewers can see Max toddling along, trying to stay upright while navigating around her two doggies and falling into her doting daddy's arms. Little did she know she's the star of a video shot by her very powerful dad on one of the greatest gadgets of the moment — a 360-degree video camera.

"When I was a baby and took my first steps, my mom wrote the date in a baby book,'' Zuckerberg wrote on his Facebook post, according to TODAY. "When my sister's children took their first steps, she recorded it with photos and videos. When Max started walking, I wanted to capture the whole scene with a 360 video so our friends and family can feel like they're right there with us."

And it does. You can take a look around the gorgeous room and even see the Zuckerberg family dogs. Little Max is the cutest. Did you catch those bunny ears dangling off of that little hoodie? The boots? Sweetest of all is how obviously head-over-heels in love one of the world's most powerful businessmen is with his little baby. Watch the video here.

There's a moment where Max points at the camera and Zuckerberg responds, "Yeah, that’s a 360 video camera. This is modern walking."

Max just celebrated her first birthday a few weeks ago, according to People. Zuckerberg shared the moment on Facebook with a cute family photo including Max's mom, Priscilla Chan. "I can't believe it's been a year!" Zuckerberg captioned the photo, People reported. "And she kissed me on the cheek for the first time yesterday. Here's to many more years of happiness and health for Max and all children around the world."

According to reviews and write-ups about 360-degree video cameras, they're not cheap, or very easy to use just yet. As Vanessa Hand Orellana, a CNET reviewer that tested out various 360-degree cameras said, "Even if you do everything right things are bound to go wrong when shooting in 360."

Like any new technology, the cameras are still expensive, running anywhere from $350 up to $3,000 for a camera, according to CNET, and it's hard to know exactly how the footage will look while you're looking through the viewfinder, because the end-result is footage from several cameras "stitched" together, Orellana explained.

The whole 360-degree video thing might take practice, but the results are pretty incredible. Think about grandparents who live far away or members of the military deployed all over the world and how great it would be to share milestones and moments like these in 360-degree video. The uses for this kind of camera are endless and kind of exciting. Once again, Zuckerberg is on the cutting edge — even when it comes to parenting.