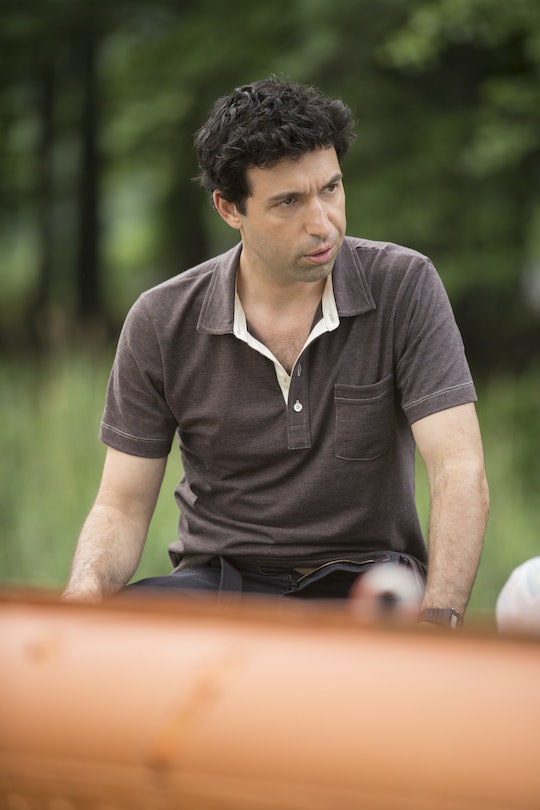 Marnie & Ray Are Together On 'Girls,' But Will It Last?

Now that Marnie is out of the god-awful relationship that was Marnie/Desi, it was only a matter of time until an oldie-but-goodie relationship reunited. At first, there was a big question mark on who Ray was going to get back together with. With Shoshanna returning to town from Tokyo, and Marnie divorcing Desi, both of Ray's past lovers were free to re-enter his life. On the first part of the Girls finale, Marnie told Ray she loved him — and it certainly seems like it might work out.

After Marnie said those three words to Ray — who is in the midst of an awesome rebranding of the coffee shop — she asked Ray to join her on tour with Desi. As much as I want to say that Marnie has come full circle and just wants to move on past her failed marriage, I can't help but feel that she asked Ray to join her because she wanted to have someone to compete against Tandace.

If that's the reason why, then I don't know if this relationship is going to actually go anywhere. Ray has turned into one of the most interesting characters on the show and you can't help but root for him. So, if that means that he's being lead on by Marnie who really just wants someone to measure out her zinc, then that is really unfortunate.

But, it seems like Marnie and Ray are maybe actually going to give this relationship a go. Ray and Marnie have a history that deserves a proper storyline. I hope that the ultimate season of the show finds these two together. I think that Ray deserves to find happiness, and while I don't really care for Marnie, if he wants to find happiness with her, then so be it. Write it into existence Lena Dunham. But be gentle on Ray. He's been through a lot, and really doesn't deserve to have his heart broken, again.