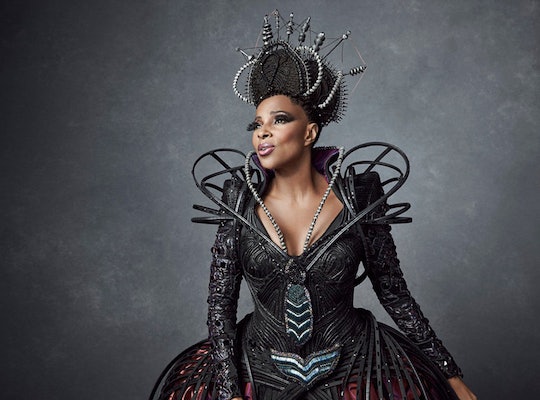 Mary J. Blige Killed It As 'The Wiz Live!'s Wicked Witch Of The West

The Internet is losing its mind, and it's all because Mary J. Blige's The Wiz Live! performance as as the Wicked Witch of the West was amazing. The singer absolutely embodied the Wicked Witch, scowling down the audience amid a coordinated dance. From her costume — including that stunning headpiece — to her rendition of "Don't Nobody Bring Me No Bad News," Blige has been a showstopper.

Incidentally, "Don't Nobody Bring Me No Bad News" is actually her favorite song from the show. So it's not surprising that she absolutely killed it on The Wiz Live!.

To be honest, I was kind of sad that the Wicked Witch got killed off. That performance was way too good — or wicked. Too late for a change in script?