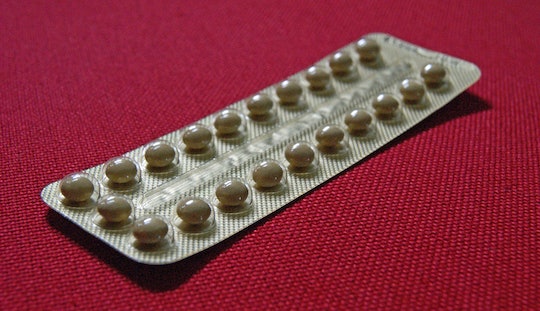 Maryland Will Offer Free Birth Control, & It's An Awesome Move For Women's Health

It's a big day for reproductive rights. While many state governments are still fighting progressive, universal reproductive health coverage, Maryland will offer free birth control for all residents with health insurance. The sweeping legislation, called the Maryland Contraceptive Equity Act, was signed by Gov. Larry Hogan on Tuesday.

While the act has been widely praised, some Republican state representatives argued that the cost of that coverage will be too high for state insurers and that it will end up hurting their state economy. Democratic Rep. Chris Van Hollen refuted those arguments and said the new law would benefit the state insurance system, not hurt it. But, that's not the only criticism. Some conservative members of the state government opposed the new law on religious grounds. Republican Sen. Ed Reilly said, “The Catholic Church is not in favor of artificial birth control or in vitro fertilization." He went on to say, "But health insurance is supposed to be designed to treat sickness or illness. Vasectomies and birth control aren’t either. You’re interrupting a normal healthy program that a person goes through.”

This conflict between conservative religious groups and women's access to reproductive health care has been playing out all over the country. From the Hobby Lobby case that went all the way to the Supreme Court, to Texas legislation that effectively closed most of the abortion clinics in the state; these conflicts are signs of a country in transition.

Hopefully, more and more of those roadblocks to healthy reproductive rights legislation will begin to fall away. Though Maryland's law is the most equitable and comprehensive thus far, it is not the only one in the works. Just his year, California and Oregon enacted laws that allow women to pick up birth control at a pharmacy without a prescription. Though that is a step in the right direction, it's a small step compared to Maryland's big leap.

Many other states are implementing piecemeal provisions, but there's nothing as comprehensive as this act. Maryland is on the forefront across the board with this act.

The Contraceptive Equity Act won't go into effect until January 2018. In the meantime, perhaps other states will look to Maryland's example.