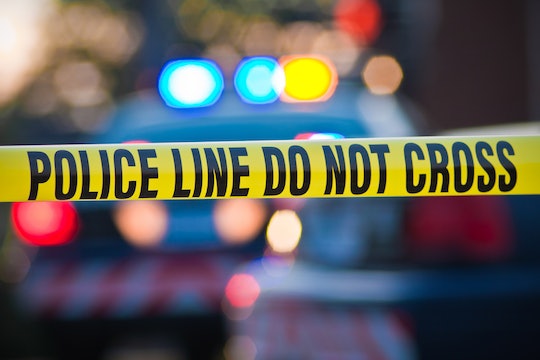 After a gunman reportedly opened fire during Sunday services, it's been confirmed that a mass shooting at a Texas church in Sutherland Springs has left multiple people dead and the FBI is currently investigating the violent incident, NBC News reported on Sunday afternoon. According to multiple media reports, a gunman entered the First Baptist Church in the southern Texas town and opened fire on churchgoers before fleeing the scene as police pursued the suspect.

Multiple reports have also indicated that the shooter is now deceased, and although the number of victims is still unclear, as many as 26 people are feared to be dead and dozens more injured, according to the BBC. As CNN reported, a witness of the shooting, who was working across the street, described hearing multiple shots being fired. "The witness ... said she heard about 20 shots being fired in quick succession while a church service was underway around 11:30 a.m. local time," according to CNN.

Another witness, Carrie Matula, who spoke to NBC News, described the church as "an older building," saying that she doubted there were any security videos of the incident. She added that she was surprised that such a massive act of violence could happen in such a small town, telling the outlet:

I never thought it would happen here. This is something that happens in a big city. I would never have thought this would have taken place here. It's just too tight a community. It doesn’t make sense.

Sutherland Springs, which is located 43 miles southeast of San Antonio, is a small town of about 650 residents, according to 2016 census information. And as more information is being reported out of Texas, it's clear that there are still many details to be uncovered about this tragedy.

According to local ABC news affiliate KSAT, "At least 27 people have been killed and 30 people have been injured," in Sutherland Springs, although the official number is yet to be determined. As The New York Times reported, Paul W. Pfeil — a Wilson County, Texas commissioner — could only confirm that the death toll was over 20.

NBC News has also reported that the head pastor of the church in Sutherland Springs, Frank Pomeroy, was not in the building at the time of the shooting, according to Pomeroy's wife, Sherri. Unfortunately, though, the pastor confirmed to ABC News that their 14-year-old daughter is among the dead. "[She] was one very beautiful special child," he told the outlet by phone on Sunday.

A constable in Wilson County, Devin Keen, confirmed that more children were involved and present during the shooting, although it's unclear at this time if any others have been killed or injured.

Speaking to The New York Times, 49-year-old Joseph Silva described Sutherland Springs as "a one-blinking-light town" and the devastation that this shooting has the community "worried." He told the publication:

There are a number of individuals just weeping and just wanted to know what’s happened to their loved ones. Everybody is pretty grief-stricken. Everyone’s worried.

President Donald Trump initially responded to the shooting with a tweet: "May God be w/ the people of Sutherland Springs, Texas. The FBI & law enforcement are on the scene. I am monitoring the situation from Japan."

Other politicians and state officials have also issued their condolences, with Texas Gov. Greg Abbot issuing the following statement:

While the details of this horrific act are still under investigation, Cecilia and I want to send our sincerest thoughts and prayers to all those who have been affected by this evil act. I want to thank law enforcement for their response and ask that all Texans pray for the Sutherland Springs community during this time of mourning and loss.

Although a lot of factors surrounding this tragic shooting have yet to be determined, it is clear that a senseless act of violence has taken place.