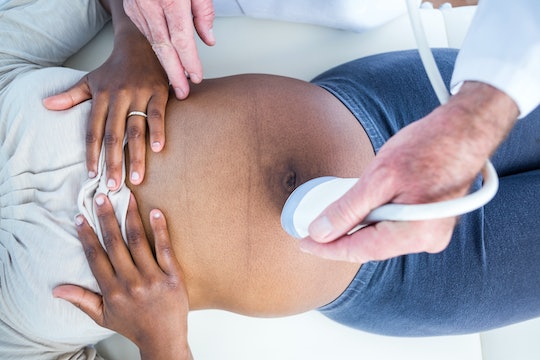 An OB-GYN Shortage Could Spell Trouble For Maternity Care In Several U.S. Cities

Women in major metropolitan areas like Los Angeles, Dallas, Miami, and Detroit, may soon find it harder than normal to find an obstetrician and gynecologist, known more commonly as an OB-GYN. In fact, maternity care in several cities may be at risk due to a growing OB-GYN shortage, according to a new study from Doximity, an online networking service for medical professionals. But what's causing this potentially dangerous shortage and why are millennial women thought to be more heavily impacted by it?

In examining data culled from its own network, which reportedly counts more than 70 percent of physicians in the United States as members, Doximity found that a growing shortage of OB-GYNs across the nation may pose a "potential crisis" for women's health care. But while all women are likely to suffer, one age group may feel the effects of the shortage harder, according to Doximity.

"The projected OB-GYN shortages across the nation pose serious concerns for women's reproductive care," Amit Phull, M.D., the vice president of strategy and insights at Doximity, said in a statement. "This is particularly concerning for millennials, who are already waiting longer to start a family due to a variety of economic and social factors. Older women are at greater risk of complications during pregnancy, which requires more than average visits with an OB-GYN."

Doximity isn't the only group concerned about a shortage of OB-GYNs. In 2017, the American Congress of Obstetricians and Gynecologists (ACOG) reported that half of all U.S. counties, which contain more than 10 million women, lacked a single OB-GYN. The ACOG noted that the nation's OB-GYN workforce was aging and that OB-GYNs tended to retire at slightly younger ages than those in other medical specialties. What's more, the ACOG's report found that interest in specializing obstetrics and gynecology had recently decreased in medical students, leading them to predict the shortage of OB-GYNs would only worsen in the coming years. In fact, the group predicted that by 2020 there would be a shortage of up to 8,800 OB-GYNs in the United States, with that number growing to 22,000 by "mid-century."

In Doximity's recent report, its research predicts that there are 10 metropolitan statistical areas "most likely to suffer a shortage of OB-GYNs in the coming years." They include Las Vegas, Nevada; Salt Lake City, Utah; Miami, Florida; Riverside, California; Los Angeles, California; Buffalo, New York; Jacksonville, Florida; Detroit, Michigan; Pittsburgh, Pennsylvania; and Dallas, Texas, according to a press release put out by the company.

But while the growing shortage of OB-GYNs in the United States should give everyone pause, there are some cities that may not be heavily impacted. For example, Doximity found that the top 10 metropolitan areas with the lowest risk of experiencing an OB-GYN shortage were Portland, Oregon; San Jose, California; San Francisco, California; Charleston, North Carolina; Birmingham, Alabama; Cleveland, Ohio; Denver, Colorado; Hartford, Connecticut; Louisville, Kentucky; and Indianapolis, Indiana.

Like the ACOG, Doximity has noted that part of the problem appears to be the large number of OB-GYNs currently nearing retirement with few young OB-GYNs set up to replace them in the workforce. "An aging OB-GYN population would not be as severe a problem if there was a growing cohort of younger OB-GYNs," Doximity's report read. "However, only 19 percent of the nation's OB-GYNs are younger than 40 years old. Additionally, none of the largest metros studied in this report have at least 30 percent of their OB-GYN workforce under the age of 40."

As more OB-GYNs retire and shortages in the workforce become more pronounced, those still working may find it increasingly difficult to keep up. As a result, women may find it becomes harder to lock down an OB-GYN appointment or that they have to travel farther for their appointment. And while all women are likely to feel the effects, it may be millennial women who will bear the burden the most. "Women, millennials in particular, may feel this burden most acutely when trying to access an OB-GYN for routine women's health services or pregnancy-related care," Doximity said in its report.