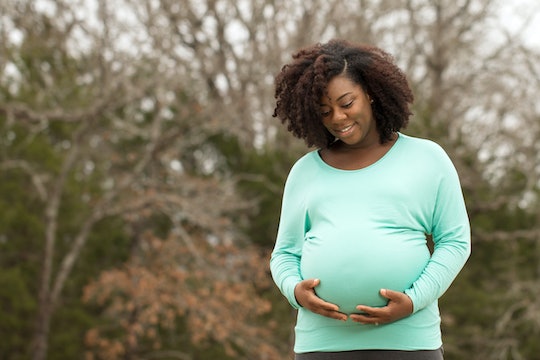 Couples who have difficulty conceiving often turn to medically assisted reproduction. However, many times these couples are warned that there may be risks associated with it. Now, a new study helps shine more light on those risks. According to research, medically assisted reproduction doesn't increase risk of pre-term or low birth weight. This means couples don't have to decide against MAR anymore because they believe MAR itself introduces kids to increased risks.

Certain MAR methods like in vitro fertilization (IVF) have become increasingly popular. A 2017 report by the U.S. Society of Assisted Reproductive Technology (SART) found that 1 million babies were born in the United States between 1987 and 2015 through the use of IVF or other assisted reproductive technologies.

Many celebrities have helped introduce MAR to the public, such as Chrissy Teigen, who used IVF, and Kim Kardashian, who has used surrogates.

Although MAR methods are becoming more popular for couples struggling to conceive, there's still a lot to learn about them. But, a new study by the Max Planck Institute for Demographic Research (MPIDR), the London School of Economics, and Helsinki University can finally put some things to rest.

For couples considering MAR, doctors may warn that it raises the risks of preterm birth (less than 37 weeks of pregnancy) and low birth weight (less than 2.5, or about 5.5 pounds), as reported by EurekAlert!. The outlet went on to note that this can make the decision hard, because premature babies or those with low birth rates can face complications.

But, according to a study published in The Lancet, risks of preterm birth and low birth weight do not increase with MAR. For the study, researchers analyzed data from Finnish administrative registries, as noted by the study's abstract.

They worked with a total of 1,245 siblings of whom at least one was conceived naturally and one using MAR, the abstract noted. According to MedicalXpress, their findings stand in contrast to other studies who found a rise in risks.

The researcher's did note that kids born after MAR have a higher risk for preterm birth and low birth weight than babies conceived naturally, as reported by EurekAlert!, but that has nothing to do with MAR itself. Researcher's wrote in the study's abstract:

"...our results indicate that this increased risk is largely attributable to factors other than the medically assisted reproduction treatment itself."

It is unclear why those increased risks exist. Alice Goisis, a MPIDR author of the study, said, according to MedicalXpress, "The physiology of reduced fertility itself probably plays an important role," but still noted that, now, "When deciding for medically assisted reproduction nobody has to have the feeling anymore that she or he is deliberately putting her or his child at extra risk."

Medically assisted reproduction may not be the right decision for every couple. But, this new study can definitely help more couples feel comfortable if these are processes they want to look into.