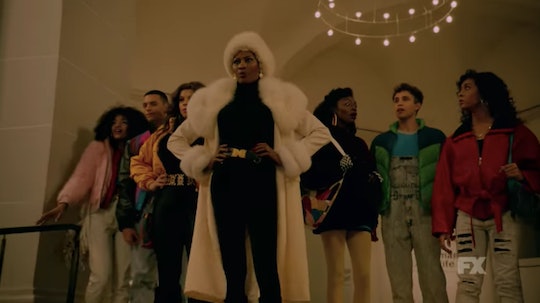 Pose explores a very specific cultural movement that doesn't always get its due in film and television, though its impact has been lasting in pop culture. Set in 1987, Pose focuses primarily on ball culture in New York: a competition that combined dance with fashion, it gave LGBTQ people a place to celebrate and express themselves. But what's particularly groundbreaking about the show is that its cast is as diverse as its characters. You're going to want to meet the five transgender cast members on Pose making TV history.

It's unfortunately common in film and on television for trans characters to be played by cisgender actors, which robs the community of needed representation. Pose is not one of those projects, however. It has the largest cast of regular trans actors ever, plus the most LGBTQ characters on television. It is similarly forward-thinking behind the scenes as well; the producers, writers, consultants, and directors all have a part in the community that is being depicted onscreen. Not only does that grant the show a greater sense of authenticity, but it provides opportunities to people who have long been denied them.

Without further ado, here are the five transgender cast members making Pose a frontrunner in terms of representation.