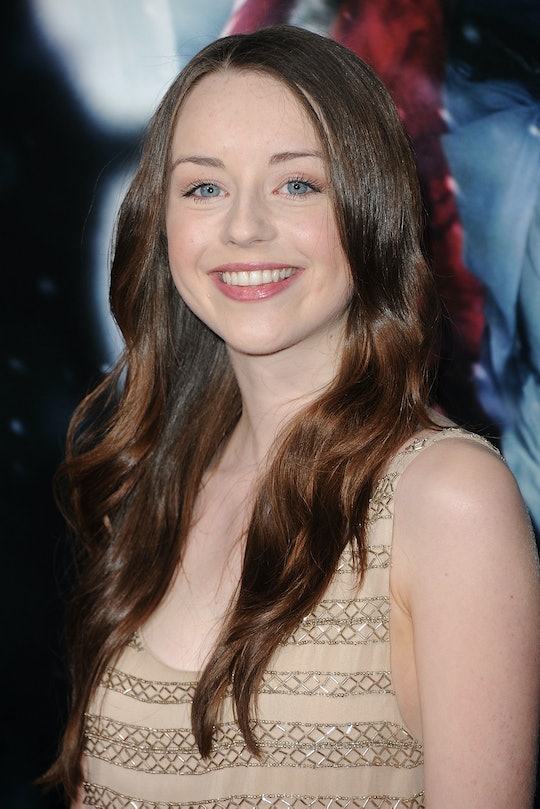 Megara On 'Once Upon A Time' Wasn't A Strong Female Character, & Fans Noticed

Part of the charm — OK, so cheesy — of Once Upon a Time is the idea of seeing all of our favorite childhood fantasy characters come to life. It's always exciting to see how a protagonist or villain will be portrayed on Once, and that was certainly the case for Megara from Greek mythology on Once Upon a Time. On Sunday, Megara (or Meg) finally met Hercules, who has been working the docks in the Underworld for who knows how long, and the two — spoilers — walked off into the eternal sunset, hand in hand. There's just one problem, Megara wasn't portrayed as the fiercely independent and, as fans noted, "sassy" character she was meant to be.

On Once Upon a Time, Meg was found in the forest by Regina and Emma after escaping Hades' underground prison. She was there with Hook, and Emma was hopeful that Meg would be able to bring them to the prison so they could finally rescue Hook. Of course, it wasn't that easy, as the prison was guarded by a three-headed dog, Cerberus, and the gang couldn't just waltz into the prison and grab Hook.

The entire episode portrayed Meg as a scared and weak character. It wasn't until the final moments when she basically saved Hercules from Cerberus that she seemed to at all represent the character of which she was based off of. In Disney's Hercules, Megara is just as much of a hero as Herc is. She's way more than a love interest, which is something fans of Once noticed was a bit off in her portrayal on the show.

It's a shame that Megara had to lose all of her amazing qualities in this episode. While I'm happy to see that she was able to be the hero at the end of the episode, I wish she would have been the strong female character she truly is throughout the entire episode. Megara is a very powerful character in the Disney universe, so it's really exciting that she and Herc were able to be portrayed.

Megara will probably never return from that castle in the clouds (Olympus), but if she does, I hope she comes back with the same strength that the movie-version of Megara had. We saw a bit of that bite at the end while fighting Cerberus, but I think there's way more where that came from.