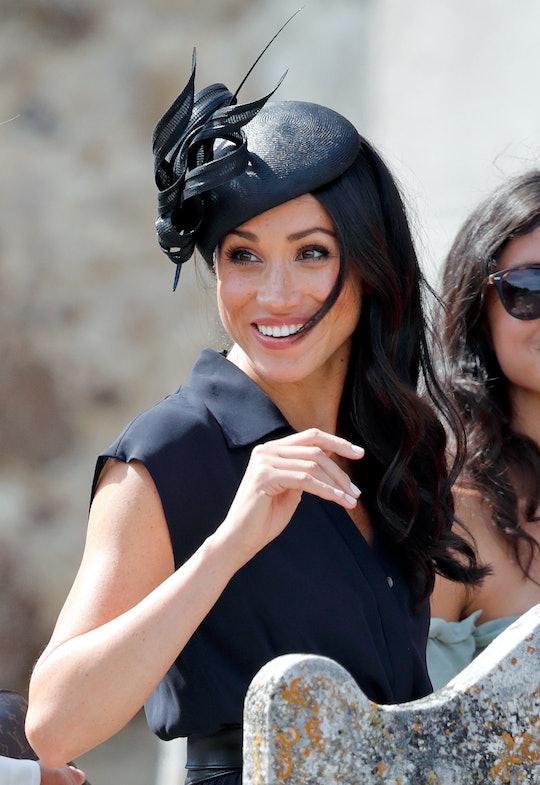 It's official, the Duke and Duchess of Sussex, Prince Harry and Meghan Markle, are expecting their first child, according to a statement released by Kensington Palace via Twitter. That means #RoyalBabyWatch is officially on. But Meghan Markle and Prince Harry's baby won't be a prince or princess for this arguably complicated reason.

And according to People, Markle just had her 12-week ultrasound and is "feeling well." And while possible baby names are already being discussed, there's one detail about the future royal babe that is leaving us commoners a little confused. Since Markle and Prince Harry's baby will be so far down the royal line — seventh in line for the thrown, according to Newsweek — their child won't be a prince or princess.

"The grandchildren of the sons of any such Sovereign in the direct male line (save only the eldest living son of the eldest son of the Prince of Wales) shall have and enjoy in all occasions the style and title enjoyed by the children of Dukes of these Our Realms."

That doesn't mean all is lost on the royal title front, my friends. The Queen and Prince Harry's grandmother can step in and essentially change the rules because, well, she's the queen. So it remains to be seen if the royal family will stick with royal protocol or change it up and allow Markle and Prince Harry's future child to become a prince or princess.

Either way, one thing is for certain: we all have an adorable royal baby to look forward to in the spring.