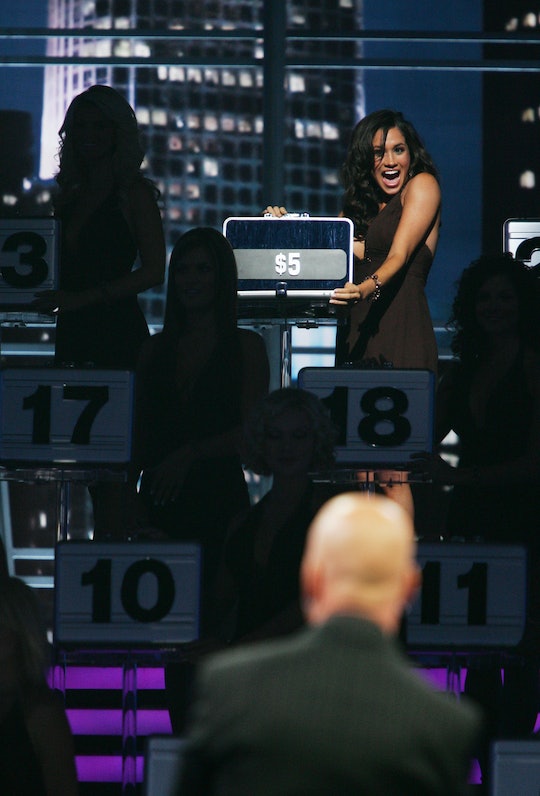 You Can Buy Meghan Markle's 'Deal Or No Deal' Briefcase, But It'll Cost A Pretty Penny

If you're lacking a few holiday gift ideas this year, here's one for you: Meghan Markle's Deal or No Deal briefcase. That's right, the case Markle held while appearing on the game show as a briefcase girl is now up for auction, just in time for Christmas.

Although now known as the Duchess of Sussex, Markle began making a name for herself in the television industry with a gig as a briefcase girl on Deal or No Deal. From 2006 to 2007, Markle was in charge of briefcase number 24. That case is now being put up for sale in Profiles in History's upcoming Hollywood: A Collector's Ransom Auction.

Listed as item number 783 in the auction's catalogue, the number 24 briefcase Markle was responsible for while on Deal or No Deal is described as an "original game show prop briefcase" that "exhibits minor production wear" but remains "in fine condition." What's more, the auction house also claims the briefcase boasts a connection to Donald Trump prior to Markle's appearance on the show.

But one person who probably won't be bidding is Markle herself. The model-turned-actress-turned-duchess has previously spoken candidly about her time as a briefcase girl on Deal or No Deal, telling Esquire in 2013 that she viewed it as something that fell "in the category of things I was doing while I was auditioning to try to make ends meet."

"Definitely working on Deal or No Deal was a learning experience, and it helped me to understand what I would rather be doing," Markle told the magazine. "I would end up standing up there forever in these terribly uncomfortable and inexpensive five-inch heels just waiting for someone to pick my number so I could go and sit down."

What's more, Markle didn't appear to think her briefcase was ever selected to be the lucky, winning case. "I didn't ever have it. I don't think I did," Markle told Esquire when asked if she ever had the winning briefcase. "I was the ill-fated number 26, which for some reason no one would ever choose." While, Markle was often in charge of case number 24 (not 26) it seems she was sometimes given other cases to open for contestants.

Profiles in History's Hollywood: A Collector's Ransom Auction is set to run from Dec. 17 to 19 and feature plenty of other Hollywood collector memorabilia in case there are other movie and television fans on your gift list.