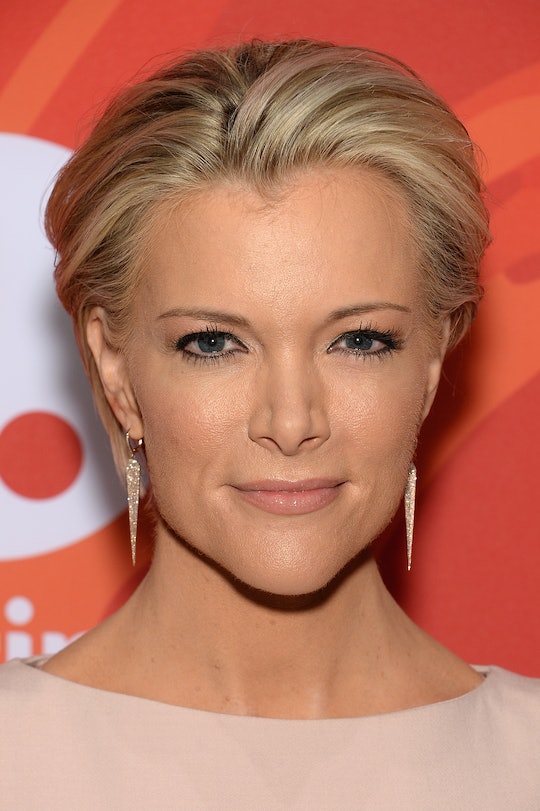 Well, this might have been helpful information to have before the election. Fox News host Megyn Kelly alleges that President-elect Donald Trump threatened her, allegedly calling her up screaming after she interviewed one of his critics on her show, The Kelly File. Kelly opened up about her contentious relationship with the president-elect in her new book, Settle For More, and in an interview with Dr. Phil set to air on Tuesday.

Kelly told Dr. Phil that the alleged threats started a few days before the presidential primary debate she moderated, after she interviewed author Harry Hunt, who had written a book about Trump in which he discussed the rape accusation against Trump by his first wife, Ivana. According to Kelly, Trump was not happy, and he called her up "screaming." As Kelly told Dr. Phil,

He called me up and threatened me and made very clear to me that he was extremely displeased. I told him flat-out "Mr Trump, I'm sorry that you are unhappy, but you don't control the editorial on the Kelly File." And that was it: He started screaming at me; He hung up the phone... and the next time we met was that Thursday night [at the debate].

It seems that one of Trump's threats may have been about social media, with Kelly reportedly writing in her book that Trump said, "I almost unleashed my beautiful Twitter account against you, and I still may."

Romper reached out to the Trump campaign for comment, and did not immediately hear back.

At that debate, Kelly asked Trump about the misogynistic and cruel language he used to describe women. Afterward, Trump went on the attack, insulting her on his beautiful Twitter account, and later telling CNN, "There was blood coming out of her eyes, blood coming out of her wherever." His attacks opened the floodgates for his supporters, who harassed and insulted her in droves on social media.

Kelly also alleges that Trump offered her and other journalists gifts in order to positively influence their coverage of him.

Again, it would have been great to know about this information before the election. Kelly likely had many reasons for holding her tongue until now, but it's hard not to see the timing as a self-serving measure to promote her book, while watching the country that just elected a president who thinks it's appropriate to call up and allegedly threaten journalists devolve into chaos.