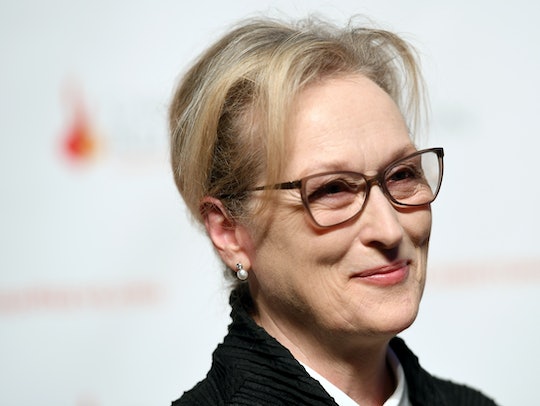 When Meryl Streep accepted the Cecil B. DeMille Award at the 2017 Golden Globes, she gave a speech that was bound to go down as one of the greatest speeches in the history of the ceremony. Over the course of her address, she made her audience laugh and get more than a little bit teary, but more importantly she imparted a powerful message about the current state of the country and President-elect Donald Trump. However, while Meryl Streep didn't explicitly name Trump, she still made her meaning more than clear.

Streep didn't mention Trump by name, because there was no doubt who she was talking about. After recognizing the wonderful performances of her fellow actresses, Streep mentioned one performance that, in her words, "stung me – it sank its hooks in my heart. Not because it was good. There was nothing good about it. But it was effective and it did its job. It made its intended audience laugh and show their teeth." She was referring to a specific incident during Trump's campaign: Trump mocking a disabled reporter.

"It was that moment when the person asking to sit in the most respected seat in our country imitated a disabled reporter – someone he outranked in privilege, power, and the capacity to fight back," Streep said. "It kind of broke my heart when I saw it and I still can't get it out of my head, because it didn't happen in a movie. It was real life. And this instinct to humiliate, when it's modeled by someone in the public platform, by someone powerful, filters down into everybody's life cause it kind of gives permission for other people to do the same thing. Disrespect invites disrespect, violence incites violence. When the powerful use their position to bully others we all lose."

Streep went on to speak of the impact of the press when it came to holding people accountable and calling them on "every outrage." She finished by talking about the privilege she and her fellow actors have, but also their responsibility to be empathetic and use their privilege for good.

Streep's speech was measured and honest: she expressed how deeply the things people see enter their consciousness, and how those things cannot be accepted without question. She didn't mention Trump by name because she didn't have to: it was apparent to absolutely everyone in the audience (and everyone on social media, for that matter, including conservative pundit Tomi Lahren, who sharply criticized Streep's speech) who she was talking about.

Politics aside, Streep used her platform to speak to issues that are important to everyone and she did so with her trademark elegance and empathy.