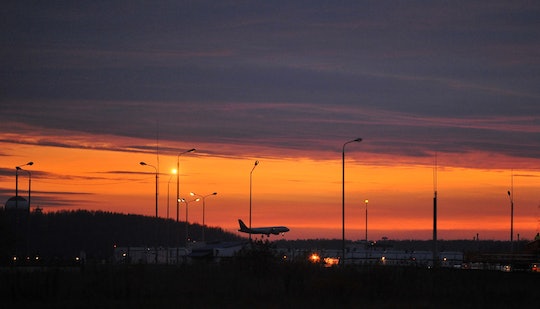 The headlines surrounding the cause of the Metrojet 9268 plane crash that killed 224 passengers one week ago continue to circulate, but we seem no closer to being able to definitively say what happened aboard the airplane before it disappeared from radar and crashed over Central Sinai. But as investigators continue to look into what happened on Saturday, details are emerging that might eventually paint a picture. And one week later comes news from Ayman al-Muqaddam, the man leading the investigation in Egypt, that officials heard a noise in the last second of the cockpit recording. What that noise was, however, remains unknown, just like many other elements of this case.

It's unclear which theory that noise would support — leading up to Saturday, most intelligence surrounding the crash seemed to indicate that a bomb had gone off on board. (U.K. Prime Minister David Cameron said "more likely than not," a bomb was responsible, and Joint Terrorism Analysis Centre believes it was placed in the cargo hold with luggage. Obama weighed in saying a bomb was "certainly possible.") That said, both Russia and Egypt would not agree with the bomb theory — at least until investigation was complete. (Vladimir Putin, however, did agree to stop flights to Egypt Friday after coaxing from his security team; the U.K. had suspended flights from the area Wednesday and Thursday.) Then there's the fact that a Guardian report claims a plane missed a missile by just 1,000 feet while flying to the Sharm el-Sheikh (the airport where Flight 9268 took off from). The missile theory when it comes to 9268, however, doesn't quite stick, according to satellite data. And, amid all of this activity, there's ISIS, which claimed responsibility just hours after the crash.

But it will still take awhile to determine which theory is correct, especially since, as al-Muqaddam said, investigators are missing debris from the site. Until everything is retrieved, Egypt is searching footage from the airport for clues.