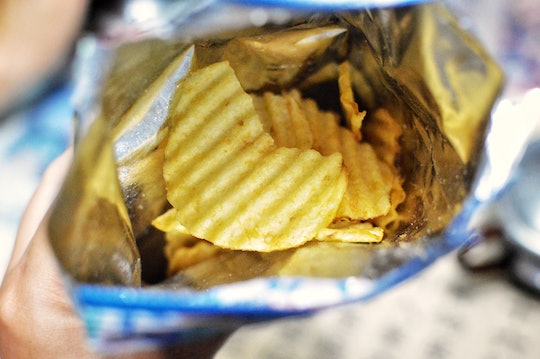 Citing concerns over mounting evidence that obesity increases an individual's risk of severe illness and death if they contract the novel coronavirus, Mexican governments have banned selling junk food to children. Lawmakers in the Mexican states of Tabasco and Oaxaca passed laws earlier this month that prohibit the sale of sugary drinks like soda and high-calorie processed foods like chips and candy to children. Nearly a dozen other states have since expressed an interest in passing similar laws.

As Mexico's COVID-19-related deaths neared 50,000 in early August, Oaxaca became the first state to ban the sale of junk food to children. Under the law, junk food and sugary drinks are categorized similarly to tobacco and alcohol and barred from being sold to anyone under the age of 18. Retailers found to have broken the law will be subject to a fine and could see their business shuttered, as The Guardian reported. Those found to be repeat offenders could even face jail time, according to the publication.

But Oaxaca isn't the only Mexican state looking for ways to combat the country's high rate of childhood obesity amid the ongoing coronavirus pandemic. On Monday, nearly two two weeks after Oaxaca passed its law, The Washington Post reported legislators in Tabasco had approved a similar law barring the sale of sugar-sweetened drinks and processed junk food to children. Additionally, lawmakers in Colima, Chihuahua, Nuevo León, Hidalgo, Sonora, Guanajuato, Puebla, Baja California Sur, Guerrero, Tamaulipas, and Mexico City have all either proposed, begun working on, or expressed interest in enacting similar laws, according to Mexico News Daily.

Interest in barring the sale of sugary, high-calorie, and highly-processed drinks and snacks to children comes as Mexico struggles to combat both the coronavirus and a rising rate of childhood obesity. Currently the country has the world's third highest COVID-19 death rate and one of the world's highest rates of childhood obesity, according to data from the World Health Organization (WHO). Some 73% of Mexicans are considered overweight and the country's growth in child obesity has doubled from 7.5% in 1996 to 15% in 2016, according to an Organization for Economic Co-operation and Development study released in January.

According to the U.S. Centers for Disease Control and Prevention (CDC), individuals of any age are at an increased risk of experiencing severe illness as a result of COVID-19 if they have a body mass index (BMI) of 30 or higher, which would classify them as obese. A more recent study published in the the Annals of Internal Medicine earlier this month found that severe obesity puts a person at a greater risk of dying from COVID-19 than other related risk factors including diabetes or hypertension.

"This health emergency makes it even more evident the damage caused by the consumption of these sugary drinks," Magaly López Domínguez, the Oaxaca legislator who first proposed banning the sale of junk food and sugary drinks to children told The Guardian. "Its approval was timely."