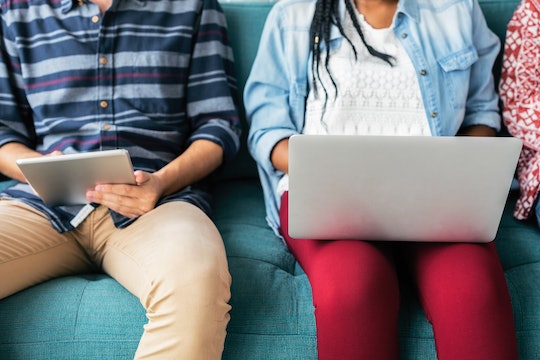 Microsoft Just Killed Off The Last Relic Of Your ’90s Childhood

Kids of the '80s and '90s, prepare to have your nostalgic hearts crushed to pieces: after 32 years of offering its basic 2D image editing program with each version of Windows, Microsoft is killing off Paint in its upcoming Windows 10 update. And even though the loss of isn't likely to actually complicate most people's daily lives (I mean, do people actually use it non-ironically?), it definitely sounds like the program will be greatly missed. After all, many of us spent countless hours creating terrible digital artwork on Microsoft Paint back when it was literally one of the most entertaining things you could possibly do on your computer (not to mention that it was great way to pass the time when you couldn't get online because someone was on the phone, ugh.)

According to The Guardian, the fall Windows 10 creator's update will see Paint kicked to the curb, along with some other programs and features, like Outlook Express, Reader app, and Reading list. The introduction Paint 3D, a new program released in April, technically means that Paint won't exactly be gone forever. But let's be honest, no matter how much better or more useful the new program is, it will never replace the original.

Perhaps in a further effort to soften the blow, Fortune notes that Paint won't technically be suddenly disappearing — for now, it appears to be considered "deprecated," which, according to the Microsoft website means that it is "not in active development and might be removed in future releases."

So far, it seems, social media users aren't exactly happy about the decision. Following the announcement, a slew of Twitter tributes to the beloved Windows program started pouring in:

While one user even penned a Paint-themed poem:

It certainly wasn't the first time though that a Microsoft update meant the end of a popular childhood memory. According to Business Insider, in 2002 Microsoft announced the end of Clippy, the super-annoying paperclip "assistant" that was included in versions of Microsoft Office from 1997 to 2003. Clippy may have honestly been the worst, but even still, the feature's demise was bittersweet — so much so, in fact, that Clippy has since returned as a Chrome extension, according to Mashable, and also continues to live on as an online meme.

More Like This
The Sweetest Things Paul Rudd Has Said About Being A Dad
Eagles Coach Nick Sirianni Brought His Kids To A Press Conference & It Was Hilarious
6-Year-Old Boy Has Zero Regrets After Ordering $1,000 Worth Of Food On Grubhub
Trans Youth Describe The Importance (& Joy) Of Family Support In Moving New Documentary
What Parents Are Talking About — Delivered Straight To Your Inbox