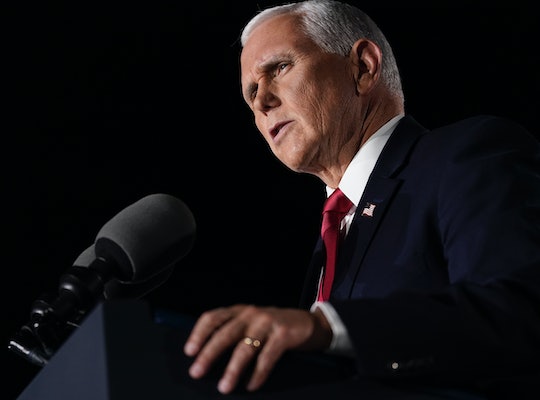 As part of his multi-state anti-abortion tour, Vice President Mike Pence will tour a clinic that peddles misinformation about abortion. Specifically, the faith-based pregnancy and sexual health services clinic Raleigh, North Carolina falsely claims that the procedure can lead to breast cancer.

On Thursday, as CNN reported, Pence is expected to visit the Gateway Women’s Care clinic as part of his work with the anti-abortion nonprofit Susan B. Anthony List. Along with claims that scientific bias, incomplete reporting, and a lack of record keeping make it difficult to get information about abortion's health risks, the Gateway Women’s Care clinic also falsely claims abortion has been linked to breast cancer.

The clinic goes on to claim that research has shown that carrying a pregnancy to full term "gives a measure of protection against breast cancer," especially if it is a woman's first pregnancy. However, both the American Cancer Society and the Susan G. Komen breast cancer organization have stressed there is no evidence abortion can increase the risk of or cause breast cancer.

"The public is not well-served by false alarms," the American Cancer Society states on its site. "At this time, the scientific evidence does not support the notion that abortion of any kind raises the risk of breast cancer or any other type of cancer."

What's more, the American College of Obstetricians and Gynecologists (ACOG) has, after reviewing all available evidence, noted that early research linking abortion to breast cancer used flawed methodology, thus invalidating their results. "Early studies of the relationship between prior induced abortion and breast cancer risk were methodologically flawed," the ACOG said in a statement. "More rigorous recent studies demonstrate no causal relationship between induced abortion and a subsequent increase in breast cancer risk."

"They rely on lies & disinformation to promote their agenda: to ban all abortion," Planned Parenthood tweeted. "We can't stop fighting back — vote him out."

NARAL President Ilyse Hogue also condemned Pence's visit. "While the vice president of the United States of America is campaigning at a clinic that spreads health disinformation to patients in need of critical care, the US will be surpassing 6 million #COVID19 cases," Hogue tweeted Tuesday. "It's amazing how they keep reaching new levels of hypocrisy."

She went on to claim that pregnancy centers like the Gateway Women’s Care clinic "explicitly deny their patients the option of abortion care and spread disinformation instead."

"Not only is the VP prioritizing science over ideology in the middle of a pandemic that killed over 180,000 Americans," Hogue wrote, "he's doing it to promote an extremely unpopular agenda in a state where a supermajority supports reproductive freedom."