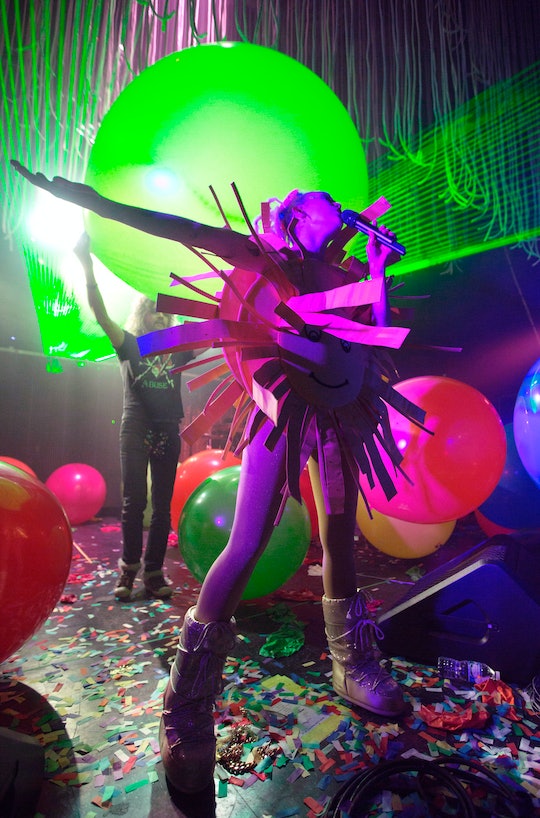 Miley Cyrus Dropped A New Video & It's Everything

We’ve been blessed this week with new music. First Adele released her long-awaited third album, 25, and now Miley Cyrus just dropped the video for “Lighter” off her album Miley Cyrus & Her Dead Petz. It’s super trippy and definitely more entertaining than anything we've seen from the pop star since she's been on tour with the Flaming Lips. Miley co-directed the video with Wayne Coy and captioned the release with all the enthusiasm a good weekend needs:

F— yeah! After our 1st show in Chicago (which was totally turnt) we loved seeing y'all singing along to all the Dead Petz jamsssss but seemed like this one was a fan favorite!!!!! For all of you who can't be with us in Detroit tonight and of course for all of you who will here is the official Lighter music video directed by me and Wayne Coyne featuring Jen Stark's bad ass animated kaleidoscopic projections!!!!!

This isn’t the first time Miley has masturbated on the Internet. This fall, she talked openly about it to Refinery 29 and even they were feeling “funky” about it:

Whether you're you're all about Miley or all about Adele — there's definitely money to be played on a Grammy performance.

More Like This
Megan Fox Explains Why She Asked Machine Gun Kelly If He Was Breastfed As A Baby
What Exactly Are Minions, Anyway ?
Sarah Levy Reveals Birth Of Her Baby Boy & His Name Is A Sweet Tribute To Her Dad
Ciara Shares What She Loves Most About Russell Wilson As A Dad