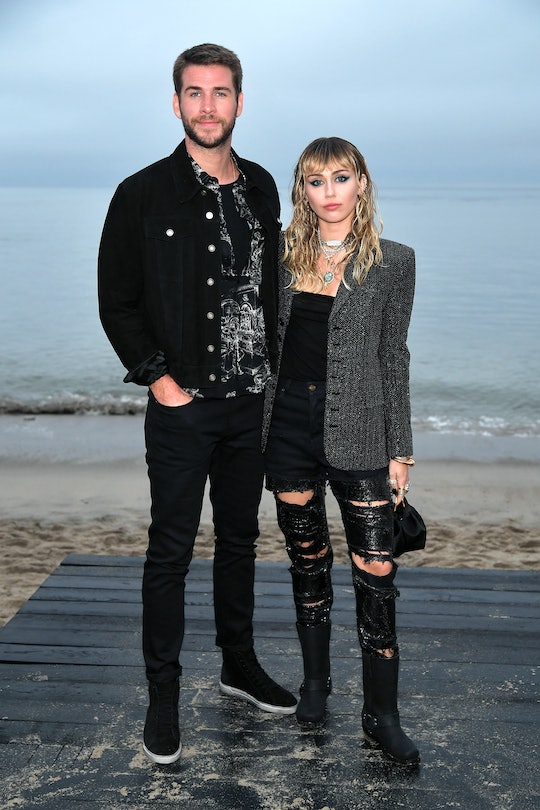 Miley Cyrus Reveals What Needs To Happen Before She Has Kids

Bringing a child into the world is no small or easy feat. And the anxiety of doing so can often mount when you consider the extent of the social, political and climate crises we face, and one celebrity recently brought attention to just this. While Miley Cyrus wants to become a mom one day, as she's previously shared, in a new interview with ELLE, the singer said she refuses to have kids until the environmental crisis improves.

While speaking with ELLE, Cyrus — who recently tied the knot with Liam Hemsworth — opens up about her relationship, not fitting into the stereotypical role of "wife" (hating that word as a whole) and whether or not kids fit into the picture.

"I think it’s very confusing to people that I’m married," she told the magazine. "But my relationship is unique. And I don’t know that I would ever publicly allow people in there because it’s so complex, and modern, and new that I don’t think we’re in a place where people would get it. I mean, do people really think that I’m at home in a f*cking apron cooking dinner?"

Cyrus also shared her thoughts on when and whether she plans to have kids. "We’ve been doing the same thing to the earth that we do to women. We just take and take and expect it to keep producing. And it’s exhausted. It can’t produce," she told ELLE. "We’re getting handed a piece-of-sh*t planet, and I refuse to hand that down to my child."

She continued, "Until I feel like my kid would live on an earth with fish in the water, I’m not bringing in another person to deal with that."

It's certainly not the first time that she's been outspoken about her concerns regarding the environment.

During a concert, according to iHeartRadio, she shared with the audience: "The youth, this generation, we are the last f*cking hope on this dying f*cking planet... I don’t like there’s more f*cking trash in the water than living f*cking animals that deserve to be there, that have nowhere else to go.” She concluded, "And by the f*cking way, we don’t have anywhere to f*cking go, either! There’s no planet B, so don’t f*ck it up!”

However, Cyrus' intent to delay having kids because of these concerns is far from the first of its kind. In fact, there's an entire group of women called "Birth Strike" who are refusing to have kids until climate issues are addressed in a more serious, progressive way.

Be this as it is, the Cyrus/Hemsworth household may very well have a larger brood eventually. "One day," Hemsworth told GQ of starting a family with Cyrus. "Once we don’t have so many dogs. You couldn’t bring a baby into our house right now. But one day, we’ll know when it’s right. But right now? Not for the time being."

Summing up all of these ideas, Cyrus also shared in the ELLE interview that her new record will be called "She Is Miley Cyrus," explaining: "‘She’ does not represent a gender. She is not just a woman. ‘She’ doesn’t refer to a vagina. She is a force of nature. She is power. She can be anything you want to be, therefore, she is everything. She is the super she. She is the she-ro. She is the She-E-O.”

It's clear Cyrus is truly a force of nature (pun intended) and that she is running her life by her rules. And if we ever want to see some Cyrus/Hemsworth kids? Well, we better get serious about what we're doing to the planet. (Actually, we should be getting serious about that regardless.)