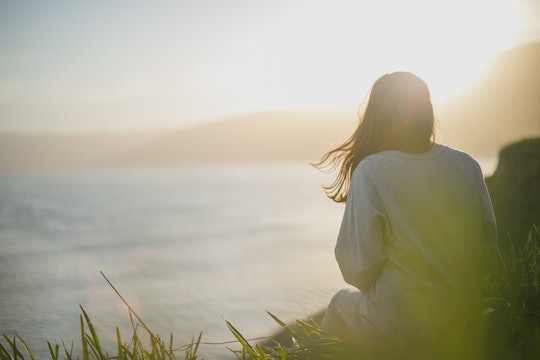 No one ever wants to admit that they're unhappy. For a lot of people, it is hard to go to work every morning and be forced to put a smile on their face every single day. But those people — who sometimes feel like they're forced to wear a smile and suffer through day to day life — are not alone. According to a new study, millennial women face more mental health struggles in the workplace for more than one reason.

According to Market Watch, millennials are more likely to experience depression than any other generation, particularly in the workforce — and the statistics are staggering. According to Web Psychology, one in five millennial workers are more likely to experience on the job depression. This is compared to 16 percent of Baby Boomers and 16 percent of Gen Xers, that report experiencing depression, according to Mashable. Combine this high rate of depression with the fact that millennials are more now the "biggest sector of the workforce," according to Market Watch, and you've got more people experiencing mental health struggles at work than ever before. These mental health struggles can be attributed to a variety of things — but luckily, millennials are aware enough to recognize that there is a problem.

This depression in the workforce could potentially be attributed to the fact that millennial women are more likely to leave their jobs permanently at a younger age due to "burning out." According to Fast Company, women are more likely to become burnt out due to high expectations placed by employers on top of their depression. When women feel overloaded they begin to feel unhappy and overwhelmed, hence leading to these higher rates. According to Forbes, depression in millennial women can also be attributed to our news feeds — yes, scrolling through your Instagram feed during the day can attribute to depression. According to Forbes, obsessing over the news feeds of others can make us feel less secure — and obsessing over our own feeds and notifications can result in dependence which can later turn into depression.

This isn't something to write off — working while depressed can have some consequences, according to Mashable. Working while depressed can result in "presentee-ism" or, the act of showing up to work but "not really functioning." According to the Harvard Business Review, presentee-ism can cut productivity by a third or more. So what can millennial women do to help this? According to Market Watch, taking a few days off of work can help the situation — and thanks to the Americans With Disabilities Act of 1990, employers can't discriminate against people experiencing problems with their mental health. But the solution can lie in the employer, rather than the employee. According to Mashable, employers should "adopt additional training" so both workers and employers can detect signs of depression.

Working while experiencing depression is never easy. Millennial women can be assured, however, that they are not alone.