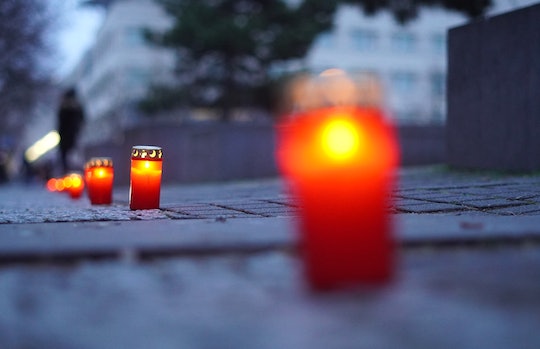 Although 65% of Millennials and Generation Z members in the U.S. believe it's important to teach people about the Holocaust, only 36% knew how many Jews had been killed while another 35% were not sure what Auschwitz was, according to The Conference on Jewish Material Claims Against Germany. In a survey of roughly 11,000 U.S. adults between the ages of 18 to 39, researchers found critical gaps in Millennials and Gen Z's Holocaust education.

According to the United States Holocaust Memorial Museum, only 15 states have made the Holocaust a required part of their secondary school curricula. Perhaps that's why only 78% of Millennials surveyed reported having definitely seen or heard the word Holocaust before compared to 13% who only thought they'd heard the term before and 9% who thought or were definitely sure they'd never heard the word.

The Claims Conference's survey, which was conducted by Schoen Cooperman Research, also found that 15% of surveyed Millennials reported thinking the Jews caused the Holocaust despite 92% correctly identifying the Jews as victims of the Holocaust.

"The results are both shocking and saddening and they underscore why we must act now while Holocaust survivors are still with us to voice their stories," Claims Conference President Gideon Taylor said in a statement. "We need to understand why we aren't doing better in educating a younger generation about the Holocaust and the lessons of the past. This needs to serve as a wake-up call to us all, and as a road map of where government officials need to act."

Only 51% of Millennials surveyed could correctly name at least one death camp, concentration camp, or ghetto established during the Holocaust compared to 28% who said they did not know or could not remember and 14% who said they had "never heard" of one and 7% who simply gave incorrect answers when attempting to name one.

While 96% of Millennials surveyed said they believed the Holocaust happened, 1% said they did not believe it had happened while another 3% were "unsure" about whether or not it had happened. However, when asked if they believed the number of Jews who died in the Holocaust had been fairly described, only 65% of surveyed Millennials said yes. Another 11% said they felt the number of Jews who died had "been greatly exaggerated" while 23% were "not sure."

Yet school doesn't have to be the only place children learn about the Holocaust. As Liz Gumbinner of Cool Mom Picks has pointed out, parents have a responsibility to talk about hard topics such as the Holocaust with their children. "Not teaching history is inarguably more harmful than teaching history," Gumbinner wrote, adding that research had shown there were consequences to keeping kids in the dark. For example, Gumbinner pointed to research from the American Psychological Association, which found that the less a person knows about an important but complex issue, the more they desire to continue avoiding becoming informed (aka the less they care about that issue.)

To help parents introduce their kids to the Holocaust, the United States Holocaust Memorial Museum has a list of fiction, non-fiction, and even Spanish-language books about the Holocaust suitable for children. Additionally, families may find HBO's 19-minute documentary, The Number on Great Grandpa's Arm, an educational resource.

"We must fight this distortion of history," Claims Conference Executive Vice President Greg Schneider said of both Millennials' lack of education and the prevalence of Holocaust denial on social media. "Survivors lost their families, friends, homes and communities; we cannot deny their history."