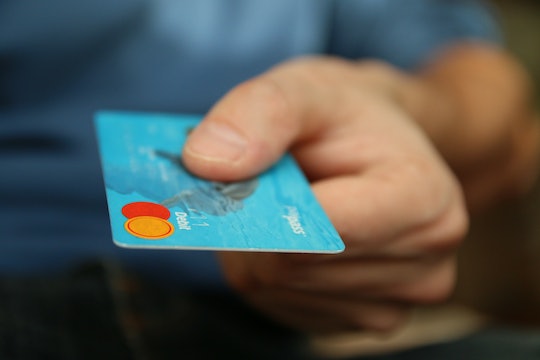 According to the U.S. Bureau of Labor Statistics, millennials' average income is increasing, with Americans' median earnings in 2017 rising by 4.2 percent compared to early last year. However, while the spike in earnings might seem promising, millennials' finances still seem to be in dire straits overall, since millennials' incomes are outweighed by their cost of living, according to Inc. In fact, when you look at Americans' incomes compared to their cost of living, it suddenly doesn't seem all that surprising that a large chunk of millennials are choosing to live with their parents or team up with roommates.

According to SmartAsset, Americans between the ages of 20 to 24 make an average of $27,456 a year. That doesn't sound all that bad, right? Except that the average cost of living for a single individual with no children in the United States is $28,458, according to CareerTrends. That means many young millennials out there are routinely struggling to pay for necessities, which helps explain why a larger amount of millennials are living with their parents compared to previous generations. (A recent report by the Pew Research Center actually found that 15 percent of 25- to 35-year-old millennials were living with their parents, which doesn't even take into account those 20 to 24 years old.)

Millennials 25 to 34 years old have things slightly better, but only if they are still foregoing parenting. On average, they earn $39,416 a year, but the cost of living for a couple with one child is approximately $47,324. Two children will increase costs to $57,821. That makes having a child — or, god forbid, multiple children — financially unrealistic for some young parents, helping explain why millennials are also pushing parenthood off until later in life than their parents or grandparents chose to.

On top of that, the income-versus-cost of living comparison doesn't even take into account another financial anvil keeping millennials in a rut. According to CBS, the average student loan debt has tripled in the last two decades, and 75 million millennials are dealing with both economic difficulties and debt (largely generated by student and auto loans, according to Business Insider).

With record levels of debt, higher costs of living, and incomes that can't cover it all, it's no wonder millennials are seeing their fair share of financial woes. If we want things to change, something's going to have to give — whether that means wages that keep up with cost of living, affordable tuition, or both.

More Like This
First Look: The New Jujube x Lilo & Stich Collaboration
Prince William Opened Up About Living With Grief In A Raw Speech
You Can Walk Through Barbie's Dreamhouse & Fulfill Your Childhood Dreams This Summer
Parents Who Ran Marathon With 6-Year-Old Share Statement After CPS Visit