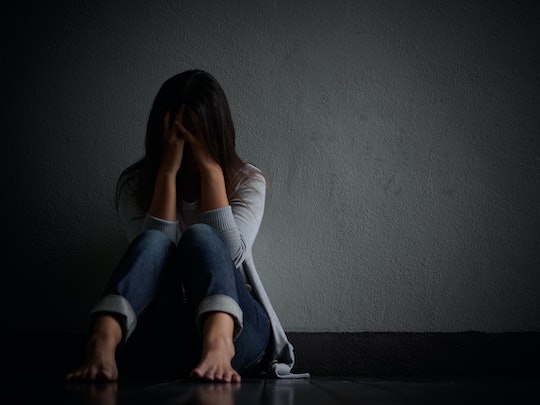 A new study has shed light on a startling and sobering statistic, revealing millions of U.S. women report their first sexual experience was rape. The findings, published Sept. 16 in the Journal of the American Medical Association (JAMA), demonstrate America has a long way to go in combatting sexual violence and educating people about consensual sex.

The study was conducted using numbers from the Centers for Disease Control and Prevention's (CDC) annual survey, National Survey of Family Growth. Between 2011 and 2017 the CDC questioned 13,310 women, ages 18 to 44, about marriage, divorce, family life, reproductive health and other issues, according to JAMA.

About 1 in 16 (roughly 3.3 million) of these women said that their first time having sex was through force. If the survey included those 17 and younger, the number would certainly be higher, Laura Hawks, the study's lead author and a primary care doctor at Cambridge Healthcare for the Homeless said, according to PBS.

Among those who were raped, 81 percent of women and 35 percent men reported varying degrees of post-traumatic stress disorder, according to National Sexual Violence Resource Center.

Furthermore, survivors reported higher rates of unwanted first pregnancy, abortion and an array of other physical and mental health problems including increased rates of HIV, sexually transmitted diseases, pelvic inflammatory disease, endometriosis and menstrual problems, according to The Hill.

What's especially startling? This type of kind of trauma is common. "A practicing physician is likely to see several patients each week who have experienced this form of trauma," the authors wrote in the study. The hope is that the results will spur doctors into developing tools to identify and help people who've experienced such violence.

Although these numbers are startling, they fall in line with the CDC’s 2010 National Intimate Partner and Sexual Violence Survey which states that Nearly 1 in 5 women (18.3 percent) and 1 in 71 men (1.4 percent) in the United States have been raped at some time in their lives. And all the numbers point to the fact that rape as a first form of sexual intercourse is all too common.

As for why researchers are just discovering this? Many say that social movements like #MeToo and #TimesUp are finally giving survivors a voice, according to PBS.

Regardless, these numbers serve as a wake-up call, according to Dr. Alison Huang, co-author of the study and an associate professor of medicine at the University of California San Francisco.

"It's an important wake-up call that this [kind of experience] can be associated with adverse health outcomes relatively early in life," Huang told NPR. "It poses a lot of questions about what happens to women later in life. It's very possible that the negative effects of forced sexual initiation may persist or show more in time."

As Dr. Huang mentioned, this is the time for public health officials to combat this epidemic with actionable steps. Although progress has been made in addressing sexual assault, this survey proves not enough has been done to support women.

More Like This
New Report Shows 80% Of Pregnancy-Related Deaths Are Preventable
6 Sex Positions To Reduce Leg Pain
How Much Hair Loss Is Normal? 9 Signs You’re Losing Too Much Hair
The Difference Between The PICU & The NICU