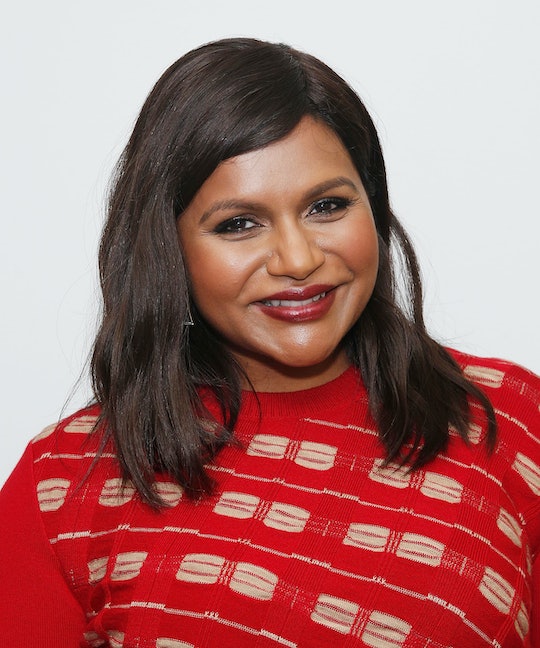 Turning the big 4-0 is a momentous occasion for anyone. And for the everyday person, part of the birthday fun is receiving gifts of all shapes and sizes. But, not for this fun loving celebrity mom. She's choosing to give back in a big way. Mindy Kaling celebrates her 40th birthday by giving back to a charity fighting for immigrant families, and others.

In a recent Twitter post, Kaling expressed gratitude for her peaceful life with her one-year-old daughter, Katherine, and announced that she would be donating $1,000 to 40 different charitable organizations in honor of her fortieth birthday.

"I’m so grateful to have my wonderful, peaceful life w/ my daughter Katherine. How lucky am I to turn 40? I would love to express my gratitude by donating $1000 to 40 different charitable orgs that help others. Pls suggest some! I will kick it off by giving $1000 to @RAICESTEXAS!"

Raices Texas is a non-profit dedicated to providing legal services for immigrant children, families, and refugees in the Texas area.

Fans were quick to come up with dozens of worthy non-profits, to help Kaling fill in the other 39 slots.

There were also votes for Moms Demand Action and Everytown, as the nation continues to struggle with gun control and the ever present threat of mass shootings.

Fan Joseph Webber suggested the Down Syndrome Association of Wisconsin in honor of his son Max, which garnered a direct response from Kaling herself.

"I love this. Max is such a cutie! @DSAWisconsin for sure."

Kaling's tweet garnered over 2,000 responses and thousands of shares in just two hours of her posting. It kind of gives you hope for the future when a celebrity of this caliber goes out and gives back to the community.

Kaling says that being a mother has greatly influenced how she sees social causes and activism, according to The Hollywood Reporter.

“I'm Indian, and to think of the millions of babies who look exactly like my daughter, who don't have the same advantages that she does, it is very chilling to me and it's very personal to me now that I see her face every single morning,” Kaling told the publication.

The Hollywood Reporter also named Kaling one of 2019s most powerful people in comedy and with a birthday move like this, it's no surprise.

Earlier this year, she advocated for the "Pour It Forward" campaign which aimed to bring awareness to the plight of the 1.7 million people in the developing world who do not have access to clean water, according to Stella Artois, who founded the campaign.

The world could use a little more generosity right about now. And, Kaling is certainly flexing her celebrity notoriety for good by giving to so many worthy charities. Here's hoping other celebs follow in her footsteps and share the wealth.

More Like This
Mindy Kaling Is Looking Forward To Sharing The Legendary Kelly Kapoor With Her Daughter
Mindy Kaling Has The Chillest Response To Rumors That B.J. Novak Is Her Kids' Father
Drake Shared A Photo Of His New Face Tattoo & It's A Sweet Tribute To His Mom
Anne Heche Remembered As "Loving Mother" To Her Two Sons After Her Death At 53