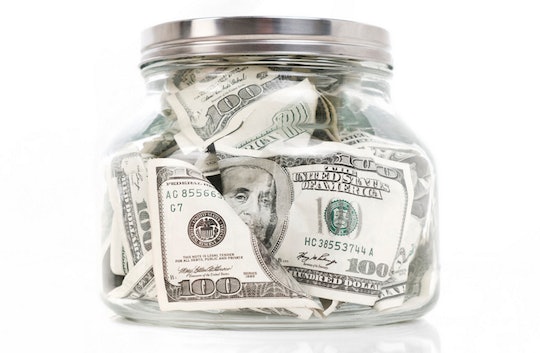 I love Lana Del Rey as much as the next gal, but I'm not sure I agree that "money is the anthem to success." Not gonna lie, though, it sure does make life more comfortable, especially when we're trying to recover from a recession that devastated families across the U.S. But there's some good news to start 2016 — with more states to follow, 14 states are raising the minimum wage on Jan. 1, 2016. According to an analysis of state laws by Yannet Lathrop of the National Employment Law Project, the raise in minimum was is highest in California and Massachusetts, making minimum wage history at $10 per hour. And Americans are feelin' all kinds of happy feelings about this news, even the Republicans.

Because of labor unions and advocates of higher pay, especially in the fast-food industry, state legislators were able to get increasing the minimum wage onto state ballots. Power to the people. And the people have spoken! And what do they have to say? Hey, Rihanna, can you take it from here?

With the 2016 minimum wage hike, everyone gets to say, "b*tch better have my money."

Or, in other words:

Here's the state-by-state breakdown of the 2016 minimum wage surge.

Arizona, Florida, Missouri, Montana, New Jersey, Ohio, Oregon and Washington won't be raising their state minimum wage in 2016. The slow rate of inflation is to blame because these states adjust their base wage according to a consumer price index. In other words, minimum wage is determined by how these states measure the cost of living.

There's also the moral argument for raising the minimum wage. Many of our nation's workers are exploited for their labor, and that's no way to start off the New Year. But this new incentive towards spreading the wealth sure is.