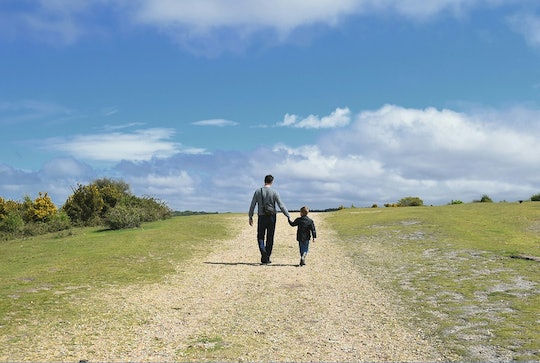 Filed to: Adorable. When the elementary and middle schools of Jackson, Mississippi administered their standardized tests last week, the kids had a whole crowd to cheer them on. Hundreds of high-fiving dads (and dad-adjacent men) lined up at the entrance to McWillie Elementary school in a "Academic Corridor of Success" on the first day of the Mississippi Assessment Program testing, according to the school system's Facebook page.

The event was organized by the local chapter of WATCH D.O.G.S., a program that encourages fathers and other male role models to get involved in children's education. District coordinator Fredrick Nolan told The Huffington Post, "Sometimes, just knowing that others care about the success of our scholars is the motivation they need to cross the finish line into academic achievement." Nolan says the event was attended by local fathers, grandfathers, uncles, step-fathers, and even dads with no personal connection to the school. The kids reportedly got a big kick out of all the attention (although some were initially shy), and Principal Sara Harper told HuffPost, "I think they felt ... more encouraged and supported. When they see that parental support from their dads ... they feel less stressed out about a state exam. It was exciting." Who wouldn't feel better after traversing a hallway of high-fives?

The two stated goals of WATCH D.O.G.S. are "To provide positive male role models for the students, demonstrating by their presence that education is important," and "To provide extra sets of eyes and ears to enhance school security and reduce bullying." And while it would be nice if dads could just be guilted into joining the P.T.A. the way moms have been for years, anything that gets more parents involved in their kids' education is undeniably a good thing – good not only for their children, but all the other students who benefit from their support.

WATCH D.O.G.S. began in 1998, and now boasts 5,148 participating schools internationally, the majority of which say that implementation of the program has also boosted the involvement of fathers in other areas, such as parent-teacher conferences and the P.T.A. But what are these dads up to once school is over? Can they come over and cheer me on while I cook dinner or do the laundry? Because I really feel like their encouragement will be going to waste during summer vacation, and I'd hate for them to lose their edge. They're welcome at my place any time.