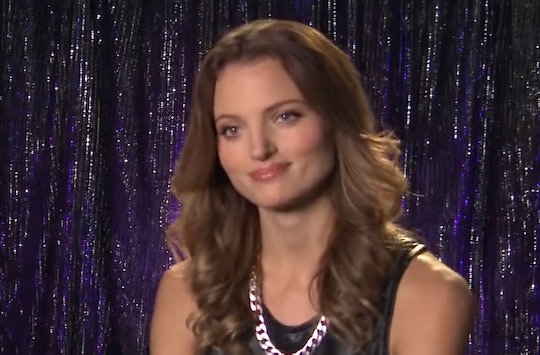 Any parent can relate to the desire for their child to be accepted, but for parents of special needs kids, it can be an uphill battle. That's what makes model Amanda Booth’s comments on her son with Down syndrome so important. Two-year-old Micah Quinones was suspected of having Down syndrome at birth, but it wasn't until he was three months old that he received an official diagnosis.

"When Micah was born, there were so many complications and doubts, but it was in those moments that I discovered his strength; and he taught me to see mine," Booth wrote in Harper's Bazaar recently. "I still know very little about Down Syndrome, really, but I know a lot about Micah."

Booth explained that she and her husband, clothing designer Mike Quinones, opted out of genetic testing when she was pregnant, and initially attempted a home birth. A week fetal heartbeat during labor prompted her to go to the hospital, and once Micah was born, the pediatrician on call raised concerns that Micah may have Down syndrome, due to physical characteristics. Booth and Quinones refused testing at that time, but once Micah's regular pediatrician delivered the diagnosis at three months, it didn't come as a surprise. "We had already accepted it that day in the hospital," she explained, so "it ended up just being another day for us."

"There's a lot of antiquated information about Down syndrome out there," Booth wrote in Harper's Bazaar, and she's been reaching out on social media to connect with other parents of kids with Down syndrome, and to show the rest of the world who Micah is, beyond his diagnosis. She shared that she's already encountered trolls, but she looks on the bright side:

I need people to see him for who he is. I need them to recognize his ability, and to allow themselves to give him the opportunity to succeed. I needed some practice before he was old enough to hear the negativity, so I can know how to raise him to be greater than that. To walk this earth with a full heart, having compassion for people who don't understand him, and the courage to show them anyway.

Trolls be damned, Micah has already developed an impressive fan base, with more than 50,000 Instagram followers. And before he was even 1 year old, Micah signed a modeling contract with the same agency as his mother (well, I assume she signed it for him, but you get the idea). Booth told BuzzFeed that she hopes to work with him on campaigns, but she'd like to see him get some bookings on his own, as well. Booth wants to share Micah's story, because "There is so much darkness in this world, I know people need to be reminded of the good. Micah is the good. And so here I am, just trying to spread the good!" With such a devoted mother and advocate, Micah is sure to go on to do great things.